Undoubtedly, the design is one of the key selling points of the handset. Even though it's aimed at the mid-range, it manages to impress with premium build and materials. Motorola says it used a 2.5D curved Panda King glass sheet for the front panel and Gorilla Glass 3 for the rear panel. The sides are made of 6000-series polished aluminum. 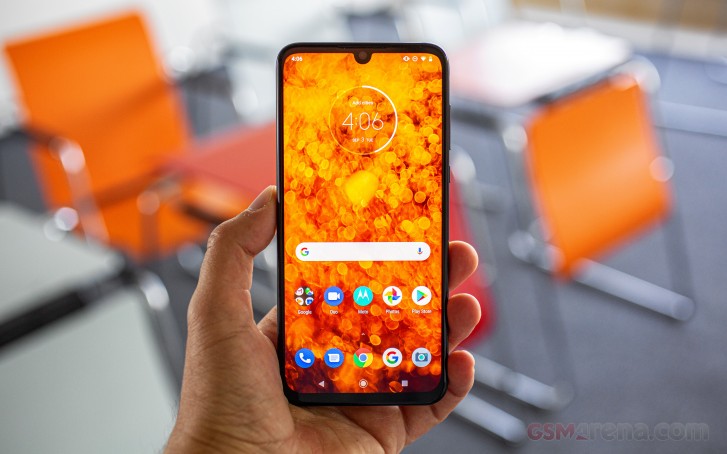 On the front, the device looks like every other inexpensive smartphone - with a minimalist notch, rather thick top and bottom bezels while the side ones are thin enough. From the back, the phone seems a lot different than what we are used to seeing from the company. It's a strange blend between the OnePlus 7 Pro and the Huawei Mate 30 Pro. It has the frosted glass back of the OnePlus 7 Pro (the Nebula Blue version) and the square camera alignment from the Mate 30 Pro, but with a little Motorola touch. 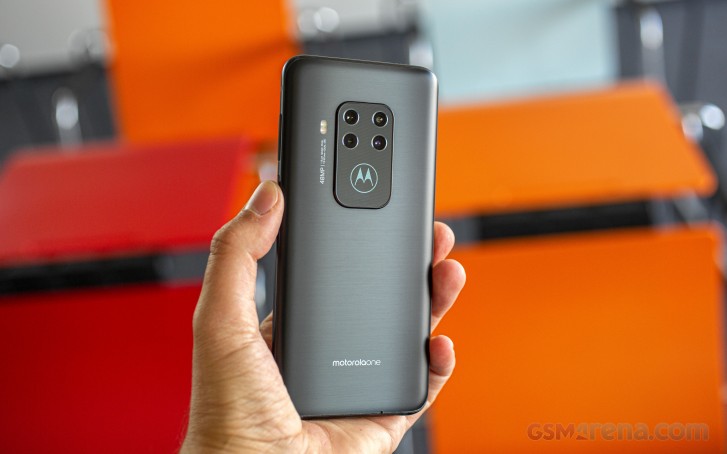 Which, by the way, looks a bit excessive at first. The extension for the logo makes the camera bump unnecessarily big. Although, the logo does have its role too. It lights up when the phone is charging, when you receive notifications, etc. The bump itself is a bit thick too, but since it's centered, the device doesn't wobble when placed on a flat surface. 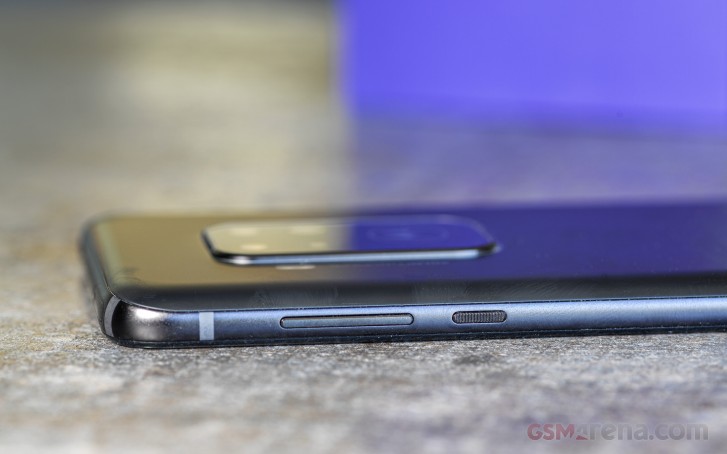 The Motorola One Zoom seems to be a well-put-together, but it's slippery as hell. Even more so than usual. The polished aluminum edges and the frosted glass back are harder to hold on than normal glass.

Ergonomics, however, is pretty strong with this one. Even though it comes up as a bit thick (8.8mm), the curved back glass, the rounded display corners and the oval side frame make up for a comfortable (not secure, though) grip. The button placement also seems pretty convenient and the power button is slightly rugged, so you will always know you are reaching for it. 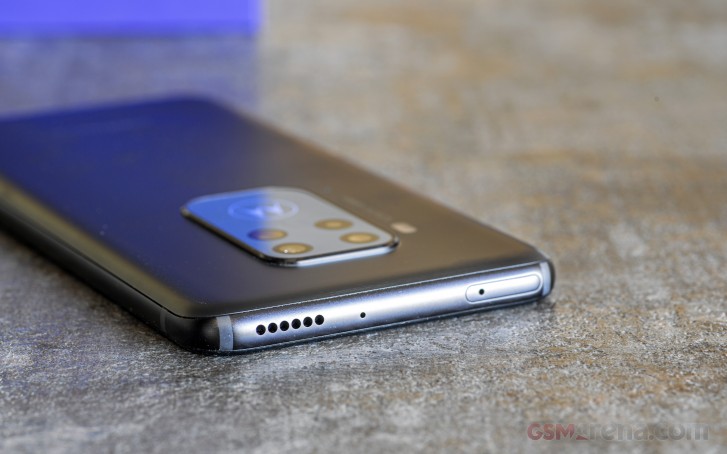 Another unusual design solution is the loudspeaker grille placement. One of the few phones that has its loudspeaker placed on the top instead at the bottom. As for now, we don't have any complaints about the placement as more time with the phone is needed. Perhaps when holding it in landscape mode, the left palm could obstruct the grille.

With the chassis out of the way, it's time to take a peek at what makes this phone tick. Starting with the Snapdragon 675 chipset with 4GB of RAM and 128GB of internal storage with the option of expansion via microSD card. While the Snapdragon 675 seems like a nice change of pace given that previous Motorola handsets came with a bit outdated mid-range SoCs, the 4GB of RAM is somewhat worrying. Since the phone is roaming in the €400 territory, one would expect 6GB of memory as a standard or at least as an option.

The display seems more appropriate for the asking price as it's OLED providing those deep blacks, infinite contrast and punchy colors. We also find it to be sufficiently bright for outdoor use even under direct sunlight. We suspect that there's a Max Auto feature at play here, but we will confirm once we publish the full review with all the screen test results.

This is probably a good time to say a few words about the fingerprint too. Of course, it's an optical one manufactured by Goodix and it's surprisingly fast and accurate. That's solely based on just a couple of days of usage so we still need more time to assess the scanner's performance fully. We suspect, however, that the software is a bottleneck here because the reader recognizes the fingertip pretty fast but it takes time to unlock the screen. 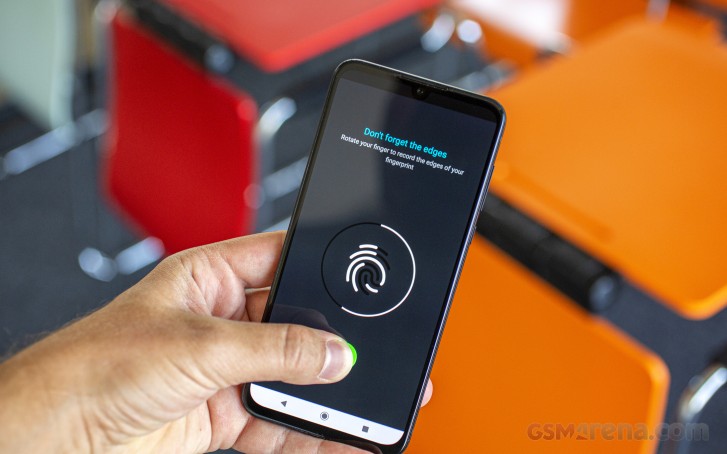 Battery life should be more than satisfactory. After all, the phone carries a 4,000 mAh unit on board, hence the rather thick chassis. However, we've had some trouble with the standby times of previous Motorola phones, so only after running the complete set of battery tests will we know about the endurance. We sure hope Motorola has utilized the full potential of the 4,000 mAh battery.

Sadly, we cannot expect any competitive charging times since the phone and the supplied power adapter cap at 18W, complying with the Quick Charge 3.0 standard.

It's android one. I think. I saw it in the quick guide or over the box when I bought it i suppose

Utterly disappointed about the android 10 update delay....I was a hardcore fan of motorola phones ever since I had my first android phone moto g1. Pure android experience is the only thing made me opt this phone among many other at least three other ...

Android 10 update is still pending. Utterly disappointing to those who ignored all other below par specs just for a pure android phone i guess...I loved Motorola g and z series and has been a hardcore fan of Motorola phones ever since my first first ...