Motorola Moto G goes on sale in the US

At the Moto G announcement event, Motorola said it plans to launch the phone in the US in early 2014. Well, it seems the company has completed the preparations a little early and has made the smartphone available for purchase now. 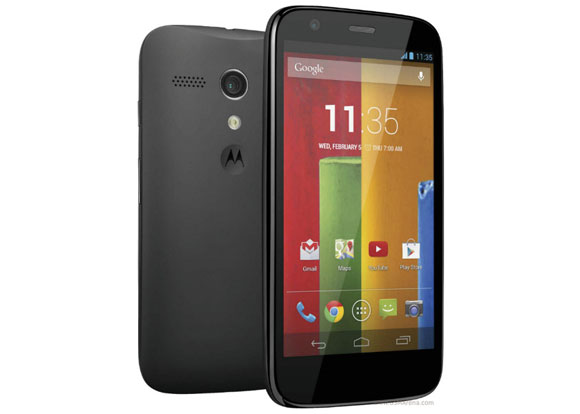 The unlocked Motorola Moto G sells for $179 or $199 for the 8GB and 16GB models, respectively. Motorola will start the actual shipping on December 2. The phone has already launched in Brazil and parts of Europe and will also be getting a dual-SIM variant later on. Motorola plans to launch the phone in a total of 30 countries on 60 different carriers by the beginning of 2014.

The Moto G is built around a 4.5" 720p edge-to-edge display that's covered in Gorilla Glass 3 for extra protection against scratches and drops. Under the hood of the Motorola Moto G ticks a Snapdragon 400 chipset with a quad-core 1.2GHz Cortex-A7 processor, Adreno 305 GPU and 1GB of RAM.

The Moto G runs Android 4.3 Jelly Bean out of box and it will be getting the Android 4.4 KitKat treatment in January 2014.

CDMA users will have to wait until January to get their hands on the Moto G, though.

It's Excellent dud. However one shortfall 3G only option is not available in network mode. As a result in weak 3G zone its shifter to 2G.

The moto g will come in Greece?