Motorola launched the Tab G20 at the end of September as a low-cost slate. The brand’s return to tablets will soon bring something more upscale – the Motorola Tab G70 looks to be a mid-ranger, based on the specs from the Google Play Console and its run through Geekbench. 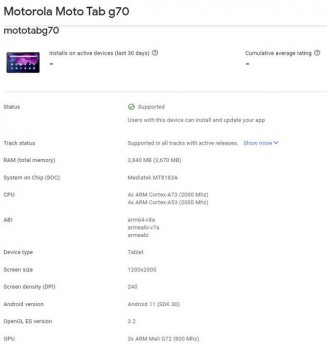 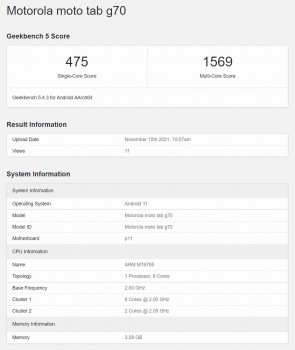 Either way, it will be an upgrade over the Helio P22T that powers the Tab G20. The Lenovo Tab P11 Plus is an 11” tablet based on the G90T, which may serve as a basis for the Motorola Tab G70.

It have to might compare with Samsung brand with 6 or 8GB Ram, then it will be successful in indian markets.

I don't understand why mobile manufacturers hurry up to launch everything with Android 11 out of the box before they wish to settle down with Android 12. The notable case is with Xiaomi launching their note 11 series of mobiles before their seas...

The issues is not with the software,but with our use. We expect mobiles to run all the apps (social and organisational) to keep us updated in real time. Not to mention we require each and every conversation previously visited to render quickly just a...