Motorola recently launched the P30 with a wide notch, making it the first device from the company with the infamous cutout on the front. Some photos have just appeared on Weibo, revealing a phone with an even smaller waterdrop notch and a circular camera setup on the back. 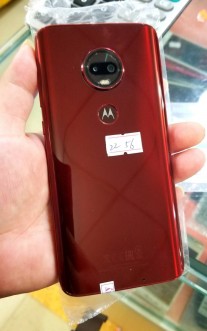 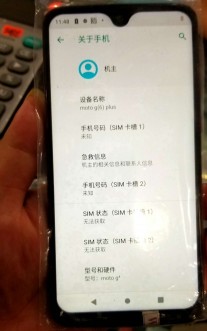 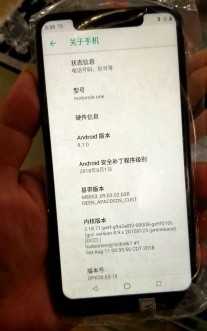 Is that the Moto G7?

The image raises more questions than gives answers since it says Moto G6 Plus in the About section, but we know very well the 4-month old device has a regular tall screen. If real, the red device with a Moto logo on the fingerprint scanner will be the first for the company with that color. The dual camera setup is also unusual since it resembles the Moto G6 setup of 12 MP + 5 MP, but with a different design.

The third image reveals a phone with a standard wide notch saying the model is “motorola one”, meaning it can simply be a global variant of the Motorola P30 without the ZUI 4.0, borrowed from the ZUK smartphones that got discontinued.

Our suggestion is to sit back and follow closely for further leaks before claiming the phones and images are fake, but if they are real, it might appear that Lenovo is jumping on the notch hype train with the upcoming Moto G series.

Motorola One Power is actually the Moto P30 Note

Than how you supposed to do video calling

True. It is better and as I said not ugly but I still hate it. Hahaha. Maybe because the stigma against notch is making me hate it. Even the prettiest notch will be hated.

Better remove the selfie camera, and you will have the true full screen display. (My opinion, cause people still prefer having FFC until now. :/)