After we got our first look at the upcoming Moto G8 Plus two days ago, we are now treated to a set of renders for the Moto G8 Play. From a quick glance, the Moto G8 Play looks quite similar to the G8 Plus but upon closer inspection, you do notice the larger waterdrop notch and one less camera on the back. 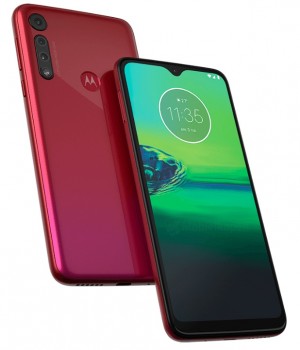 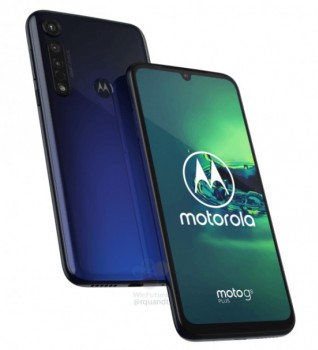 There is a 16-megapixel 117-degree ultra-wide sensor which will likely be accompanied by a 48 MP main shooter and a depth sensor. Next to them, we have the classic Moto dimple which houses the fingerprint scanner. The power and volume rocker are located on the right-hand side while the bottom has the type-C port, mic and speaker grill. The top part of the phone appears to have an indent for the 3.5mm headphone jack. 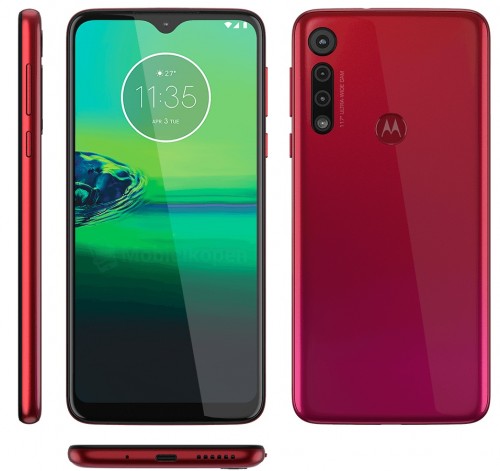 Thanks to a previous leak we also have some specs to work with. The screen of the G8 Play should come in at 5.7-inches with an HD+ resolution. Under the hood, we’ll see either the Helio P60 or P70 SoC alongside 3/4GB RAM and 32/64GB storage. The battery will be 4,000 mAh and Motorolla is also bringing NFC and dual SIM support.

According to speculation, the new Moto G8 lineup is expected to be announced on October 24. The handsets will be available across Europe, South America and the Asia Pacific region.

tnis is positive! There are too many big phones out there. I think 150 cm is max length in a jeans pocket

Yes... Ur true.. and this side camera bat is common. Anyways illimunitef Moto logo on moto One Macro's back i awesome n i think companies should follow this trend. It gives brand value to users.