Oppo’s Reno series now has 17 members but it only started last April with the Reno and Reno 10x zoom. The latter was one of the first phones to bear a periscope camera module and it seems we’ll see its successor in the near future. Two devices bearing the PDYM20 and the PDYT20 model numbers were spotted on China’s TENAA agency and according to speculations, these are two versions of the upcoming Reno 10x Mark 2. 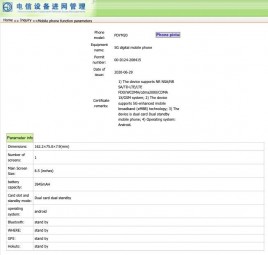 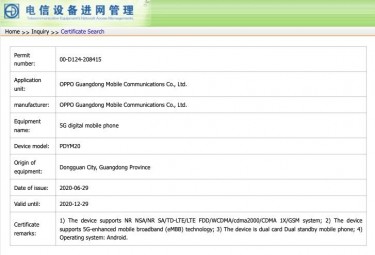 The specs from both listings reveal a 6.5-inch display, dual-mode 5G connectivity, a 3,945mAh battery and Android 10.

The phones' dimensions are 162.2 x 75.0 x 7.9mm which is a similar footprint as the Reno 10x zoom, though slightly narrower and slimmer. That’s all we have for now. 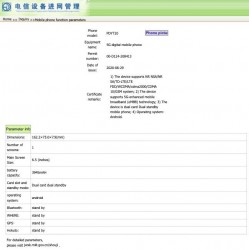 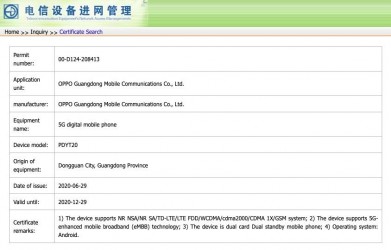 According to rumors the Reno 10x Mark 2 will come with the flagship Snapdragon 865 chipset and an updated periscope camera with 5x optical and up to 100x digital zoom.

Other rumors point to a new OIS system, 90Hz rAMOLED screen with an in-display fingerprint scanner and a launch alongside the Reno 4 series. Details for the Reno 10x zoom's successor are scarce for now so its best to wait for more info before we jump to conclusions.

Oppo unveils Reno3 A in Japan

Has to be a real 10x zoom this time. Most likely it will be a repackaged Find X2 Pro with a better zoom sensor.