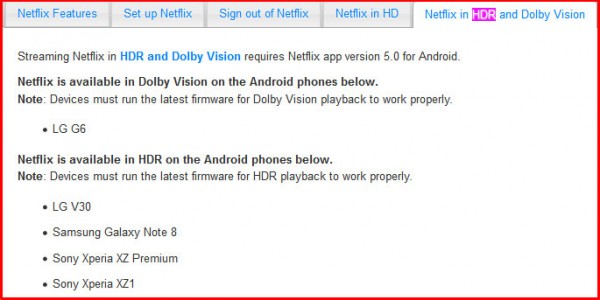 Netflix’s HDR streaming enables a picture with a higher dynamic range than standard video. This means that you’ll see darker darks and brighter highlights for an enhanced visual experience.

Hello my dear Sony, I really love your design and everything you did on your flagships. I hope you keep the same thinking, and no need to change your style, go ahead what you should do. But the next flagship on your phone is no need to have Dual Came...

who can explain me: why hdr support for chosen smartphones is added since hdr is a hardware feature. Every phone capable to display colors in hdr mode should be able to use material sent by ANY supplier ??!!