Although Android Wear hasn’t made any significant progress relative to its competitors (Samsung’s Tizen and Apple’s WatchOS), Google has announced that Android Wear beta is now available for flashing to a test device or via the Android emulator.

Google mentions the update is “mainly a technical upgrade to APU 26 with enhancements to background limits and notification channels.” This means that the Android Wear update will likely be an incremental update something along the lines of Android Wear 2.X. 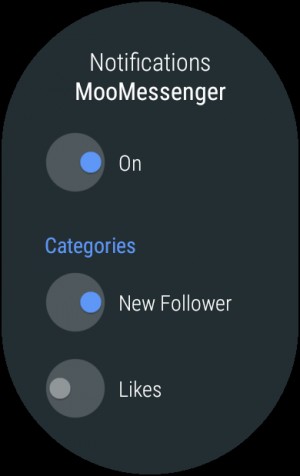 Google is offering “Notification Channels” on its next version of Android Wear so that the user can configure the kinds of alerts that come through the smartwatch. Additionally, Android Wear is placing stricter limitations on services can run in the background while reducing the frequency of background location checks. This should significantly improve battery life.

Currently, the only smartwatch that you’ll be able to test practically, via flashing a ROM, is the LG Watch Sport. Otherwise, you can always test Android Wear apps via the Android Emulator if you want to develop apps for Android Wear.

Still, Google appears to be taking its time to improve Android Wear. Considering that Apple and Samsung already have a pretty big head-start, Google might not want to sit around on Android Wear if it really wants to compete in the smartwatch space.

Deal: ZTE Quartz smartwatch with Android Wear 2.0 can be yours for only $48

Android watchfaces are good, but because of poor OS & poor battery life, watch design, I had to return to Great S3.