LG might have the Wing to make it soar the skies of innovation with its unusual design, but it also is planning to keep churning new entry-level phones to actually bring in revenue. The next expected phone is called LG W11 and is already listed on Google Play Console with some key specs including a Helio P22 chipset. 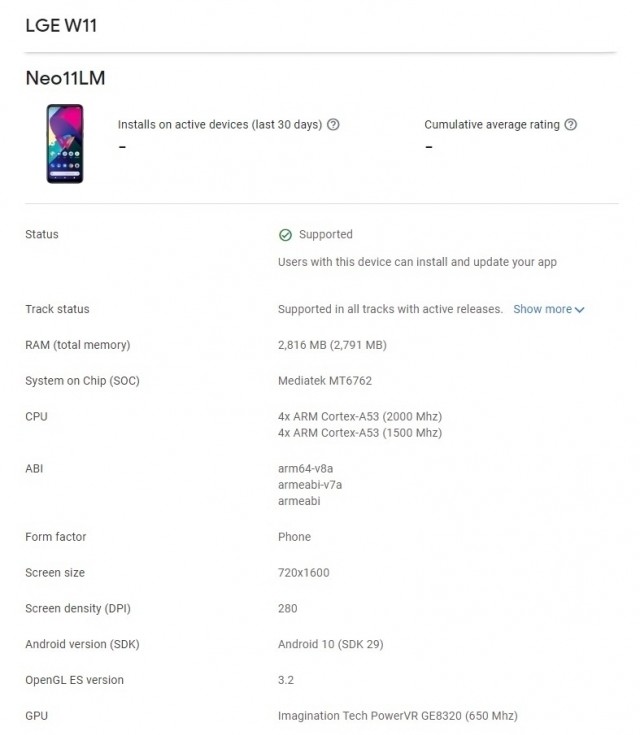 The phone is codenamed Neo11LM. The phone has an HD+ screen with a resolution of 1600 x 720 pixels, which is a 20:9 ratio. The one available image reveals a waterdrop notch for the selfie camera.

The listing also showcases 3GB RAM for this particular version, as well as Android 10 out of the box. The very same device appeared on Google Play Support with a model number LG-K310IM, which appears to be the same device, certified on FCC back in August with a 3,900 mAh battery and the same internals.

LG trying to be BBK or what?

Even with the one-year-old-but-still-relevant flagship-tier Snapdragon 855 chipset? Weird flex, but okay. Not sure what is your definition of "flagship smartphone".

To me, all lg handsets are entry-level , even the g8.