Back in 2016, Google announced a new feature that would let you receive messages from apps that you don’t necessarily have installed on your device. For example, your friend could send you a message on Allo even if you didn’t have the app installed on your Android phone. You could even reply to the Allo message natively through that notification, as if you had the app installed.

It appears that Google Photos is the latest Google app to soon adopt the feature, as 9to5Google reports. Although the App Preview Messaging API is still in the preview stage, Google appears to be testing the feature with Google Photos to show a preview of the photo or video that’s being shared.

Of course, App Preview Messages can be disabled in the Google Play Services menu. Here are some screenshots of the notification in action. 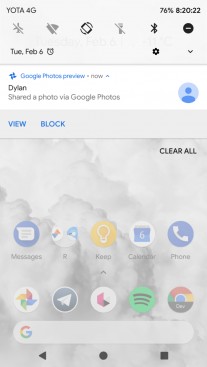 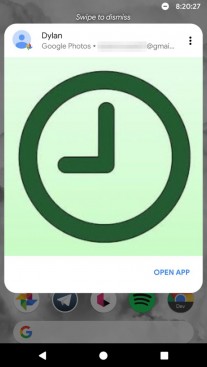 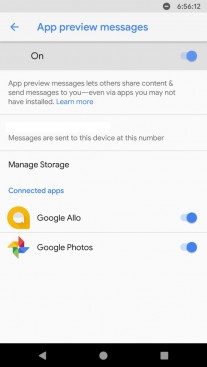 The vast majority of Android phones already have Google Photos installed, even if they come with a manufacturer’s Gallery app, so it seems that the purpose of the App Preview Messaging notification is for previewing and opening shared photos or videos in the Photos app, likely to get more users to actually use the Photos app and Google’s backup services.

Google Flights can now predict if your flight will be delayed

ah nice inclusion. I like Google's storage and google photos overall. Some people aren't ok using google's storage, for me, even tho i have 128GO internally, i rather have an online backup of every single picture i take. Kudos for google