A new update has started rolling out to the Google PhotoScan app, bumping it to version 1.5. The update brings along several changes, including the ability to auto save images. 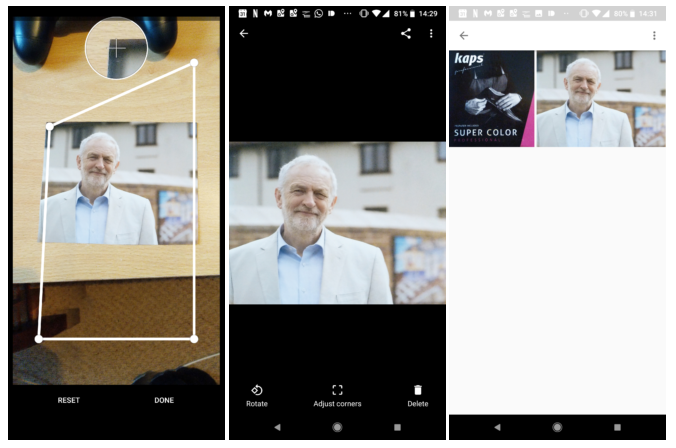 Specifically, the photos you scan through the app are now automatically saved to your device, and Google Photos in the process. In addition, the update also makes the capture and saving process easier.

Moving on, the update also brings along an improved corner editor. And finally, in addition to corners, you can now also drag the edges to adjust the automatic cropping of your scanned photo.

LOL. Why would one need to scan a contemporary picture of Jeremy Corbyn?