Google has updated its Translate app for both Android and iOS platforms. It's not a big update, but brings a useful feature: Instant camera English to/from Japanese translation. 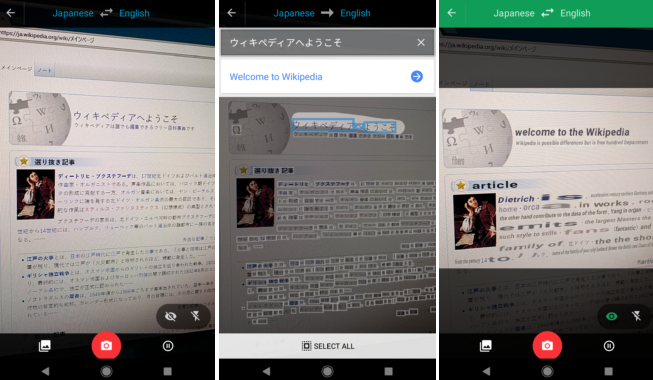 This means that if you have the translation pack for Japanese, you'll now be able to point your camera at something written in that language, say a sign, and the app will easily translate it into English. Of course, the feature will work vice-versa as well.

Aside from this, the update also brings along fix for Facebook Messenger sharing bug on Android and background audio issue on iOS. The updated app is available for download from the Play Store and the App Store.

Google Now On Tap translates text from any screen, gets a new Discover section

Google Translate now works in any app on Android 4.2 or newer, iOS gets offline mode

This is no news. Microsoft translator app had this years ago. And its cross platform too

Simply the best translation service/app out there.