The Honor V30 is expected to arrive on November 26 and we already know the phone is going to have a dual-selfie camera in a punch-hole design and a rectangular setup on the back.

Today, a popular leakster on Weibo shared a render, which is based on blueprints that case makers received, in order to prepare their products in time for the Honor V30 launch. It appears the new device will indeed have a huge rectangle on the back for all the cameras, while the fingerprint scanner will remain on the side. 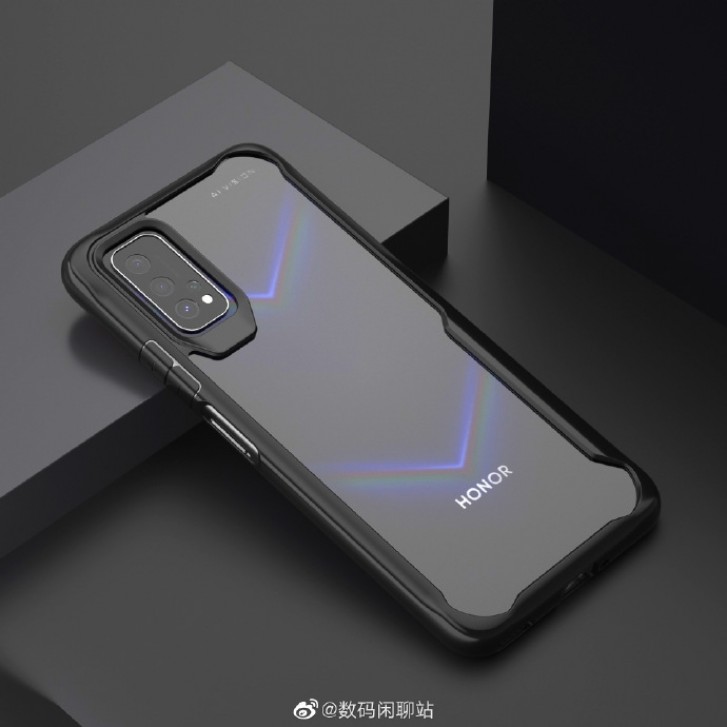 While the render looks like the real deal, it is only based on schematics and the textures are only based on rumors rather than actual data. The actual rectangular camera setup in the image is borrowed from the Samsung Galaxy M30s with a bit of creativity for the fourth shooter. The RGB-colored letter V is an element that is prominent in the Honor V20, as well as the “AI Vision” moniker in the upper left corner.

The official info about the Honor V30 is scarce - it will have 5G, meaning it is likely coming with a Kirin 990 chipset, will have a flat display and will be called Vera 30 outside of China where the V30 moniker is trademarked by other smartphone manufacturers.

I don't see anything wrong with the squared back. My only two issues with this phone are 1 - Wont launch out of China and if it does it wont have Google services. 2 - The pill punch hole. It sucks. It kills more space in your screen than a dew d...

We talk so much about the look, the gradual glossy color, the texture of the material, it must be glass ... blah ... blah ... and in the end, we cover it all with this rubber shit ...

Why you name Apple here? it's not simmilar, their camera bump is way better than those weird rectangles and squares.