Up until now, rumors have suggested a 3,600mAh or 4,000mAh battery for the upcoming Samsung Galaxy Note7. However, according to a new leak, the phone will pack in a 3,500mAh battery. The leak comes in the form of a Note7 information page published by South Korea Telecom. 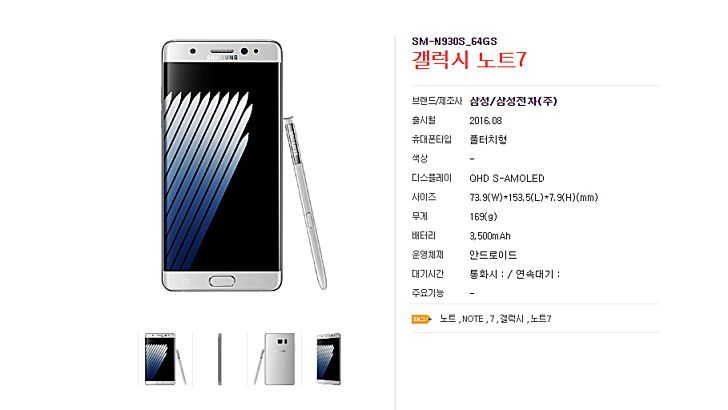 The page in question also reveals that the device weighs in at 169g (meaning it's lighter than its predecessor Note5, which weighed 171g), and measures 73.9(W) x 153.5(L) x 7.9(H)(mm). Other information revealed by the leak, including QHD display is in line with what rumors/leaks have revealed so far.

If you want to buy it now for popularity, pay the high price. Otherwise wait for a few months it will surely drop.

What is the point if the price of Note 3 is less now ? It is already over 2 years old. And I am referring to the populace which believes in buying the latest and greatest ( not that one is right and the other is wrong or anything like that).

True! SD card is not reliable.