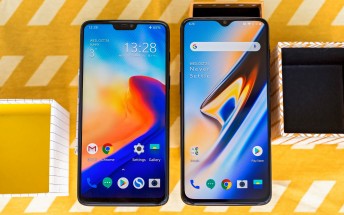 OnePlus is now rolling out a new incremental update that fixes a bunch of bugs that the initial Android 10 update brought to the OnePlus 6 and 6T. The update improves system stability, updates Google

security patches for December, and squashed a lot of bugs.

The update also stabilizes the Wi-Fi connection on 5GHz networks - the Android 10 update caused these to randomly drop connection. If you have a OnePlus 6 or 6T, you can attempt to pull the update by going into Settings > System > System Updates.

how to update my oneplus 6t to android 10.. Because i have no update my phone

It's there. Just slide up that shade with a tiny line in it.