Asus has started pushing out a new update to the ZenWatch (WI500Q) and ZenWatch 2 (WI502Q) smartwatches. Arriving as version M1D65P and M1D65B, the update brings along Android security fixes for the month of April and March, respectively. 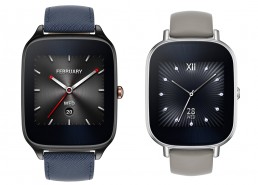 Nothing else is included in the update, as release notes only say: "Fix security vulnerabilities."

Given the fact that it's an OTA rollout, it might take time for the update to hit your device. Meanwhile, if you feel impatient, you can manually check for the update by heading to your handset's Settings menu.

Android Wear 2.0 update is rolling out to the Zenwatch 3 according to Asus

They're supposed to. More specifically, they said they would. And I hope they follow through, or else their userbase will be pretty upset :P

Good to see updates but this update made my ZenWatch2 Slower a little bit hope 2.0 hits this device :p

will they update it to android wear 2.0?