Samsung has started pushing out a new update to Galaxy S7/S7 edge and Galaxy Note5 units in India. Weighing in at 169.79MB and 176.49MB for the S7 duo and just 14MB for the Note5, it's a security update that brings Android fixes for April. There's no official confirmation on what other changes (if any) the update brings along, although some improvements and bug-fixes are said to be included. As is usually the case with OTA roll outs, it may take sometime for the update to hit your device. 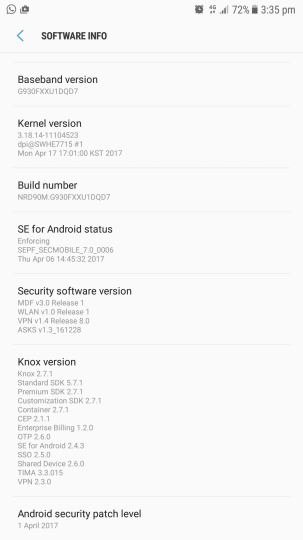 The issue you are telling is either with your network or playstore not the phone.