Update: The roll out has been halted due to unknown reasons. Here's Sony's official statement on this:

We apologize for the inconvenience, but the release of this software update has been delayed.We are working on the issue and will release the update as soon as possible.

Earlier this year, Sony promised it would add Google Assistant support to its some of its existing products. In line with that, a new update has started rolling out to the company's WH-1000XM2 and WI-1000X headsets. 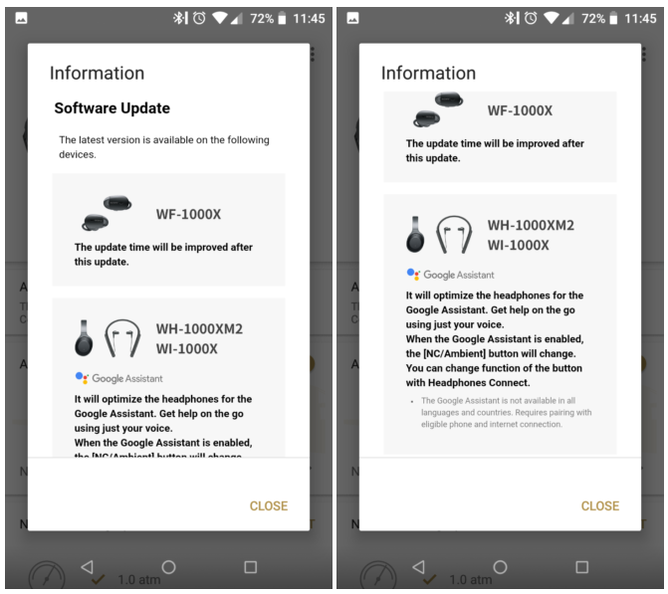 The update - carrying version 2.0.0 - brings proper Assistant support, meaning users can get notifications spoken to them through headset, there's support for Assistant for iOS, and things like that.

To access the feature, once the firmware is updated, all you need to do is to enable the 'Google Assistant' option in the 'Change function of [NC/AMBIENT] button' menu. 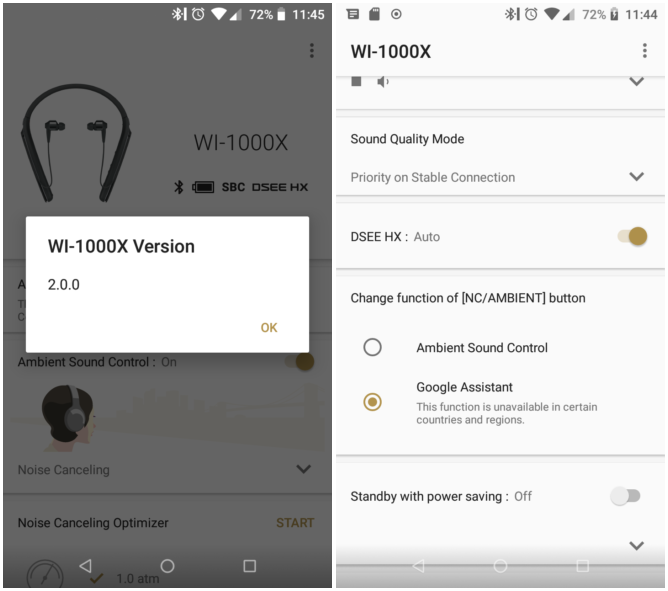 Could enumerate the changes produced by the update?

also looks like sony is bring google assistant to the WF-1000Xs which same they didn't do all at once, but still it's nice to get feature updates to head/earphones