Sony has started pushing out a new update to Xperia XZ, XZs and X Performance smartphones. It's basically a security update that moves the build number to 41.3.A.2.24, and includes Android security fixes for the month of January. 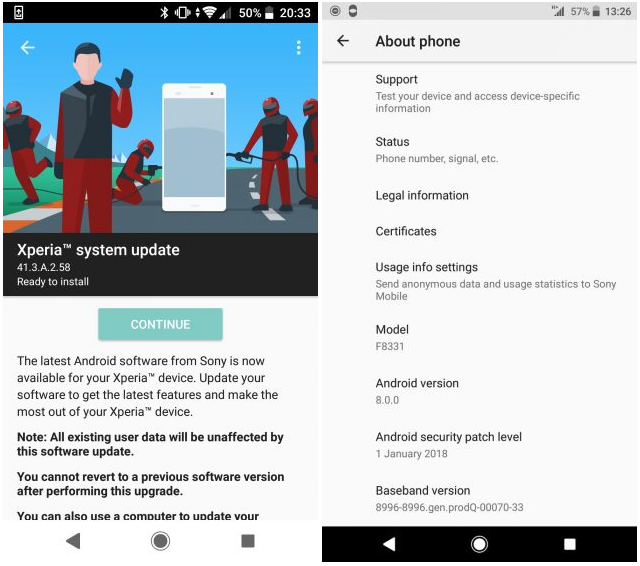 The update bumps Android security to January 1 level. Now, why that's important is, Sony had said the update with fixes for "Spectre" and "Meltdown" vulnerabilities would bump the security level to "2018-01-05 or later." So it's safe to assume that these fixes aren't included in this update.

The smartphone has many features you wouldn't get all of it, just like I said even the Samsung has many features but it also has its lack and the worse part, while the Sony has some feature that Samsung never had too. Why bother so much to hold all t...

I want it as official. Don't you get my drift here?