The Nexus 6 has had its camera tested by the folks over at DxOMark, and they've published the results. The first Nexus phablet got a score of 78, which nets it the sixth position in DxOMark's Top 10 for best mobile phone cameras.

As we have told you back in September, according to the same source, the iPhone 6 and iPhone 6 Plus have the best cameras around - they're tied for first place with 82 points each. 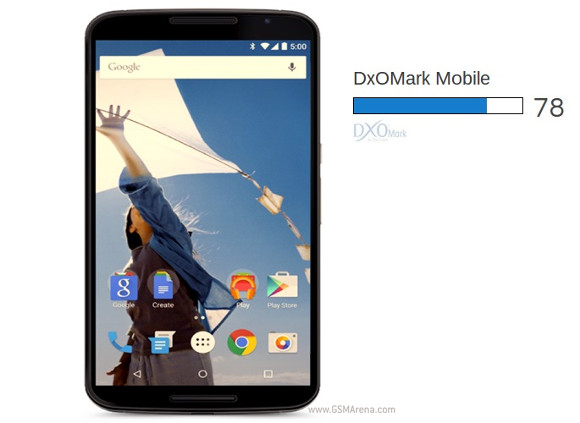 Up next are the Samsung Galaxy S5, Sony Xperia Z3, and Sony Xperia Z2 - all three having 79 points, which in effect makes them tied for second place. And then comes the Nexus 6, which from the perspective of its score could actually be considered the third best performing handset tested by DxOMark.

On the flip side, the phablet has shown a slightly pink White Balance when shooting in overcast and cloudy conditions, it produces inconsistent sharpness between image corners and its center, and has slow autofocus performance in all light conditions.

When it comes to video capture, the handset got good grades for texture preservation, color rendering, and noise performance. On the other hand, video stabilization needs to be improved, rolling shutter artifacts are visible, and it overshoots during refocusing.

Infinix is working on a phone with a 60MP selfie camera with OIS, we have photos

Yeah, DxOMark is a joke. The Nokia 808 and 1020 are so far beyond any other camera ever put in a phone and serious photography review sites have demonstrated this repeatedly. They have sensors that are (physically) five times bigger than any ot...

Wtf, regardless of phone popularity, Dxomark should still give reviews with the least amount of bias! Even tech reviewers like Engadget deem the Nexus 6's camera as average only.