iFixit got its hands on the new Nintendo Switch and managed to tear it down promptly. The console, the two Joy-Cons, and the dock, all got the teardown treatment and in the end the system got a very good score of 8/10 for repairability. 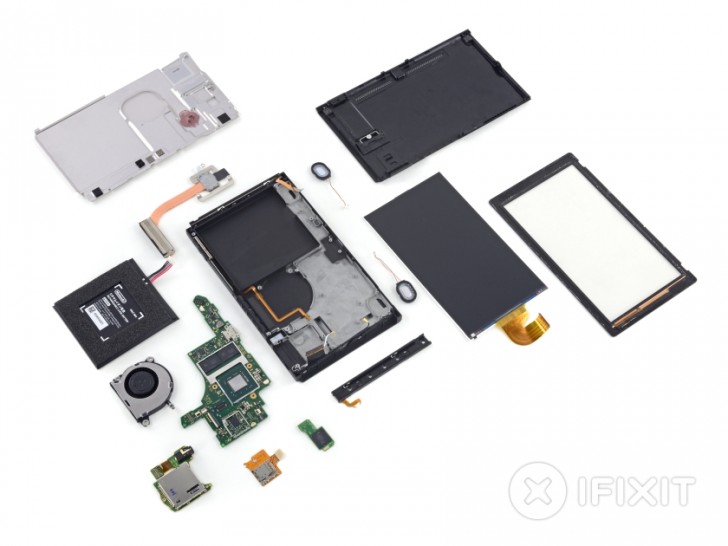 Some things of note from the teardown:

You can find the complete teardown below.

Nintendo Switch could be affected by interference from microwaves, cell phones, and aquariums

Amazon has no Nintendo Switch stock for some who pre-ordered

Actually its an APU ... CPU with internal GPU

Glad to see the tear down here. Wish GSMarena would allow us to zoom in on the pic

well then I guess that battery size needs increasing