Nokia 4.2 goes on sale in India

You can buy the Nokia 4.2 from the company's official India website starting today. It will also be available for purchase through select retail outlets including Croma, Reliance, Sangeetha, Poorvika, Big C, and MyG from May 14, and through major outlets across the country from May 21. 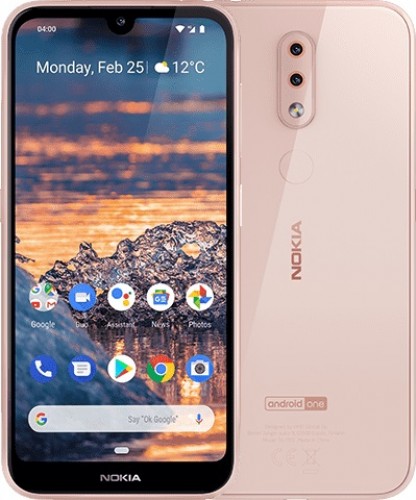 The Nokia 4.2 has Snapdragon 439 SoC under the hood and it's built around a 5.71-inch notched display that has a resolution of 1520 x 720 pixels. The smartphone has 13MP and 2MP cameras at the back, and an 8MP snapper on the front.

The Nokia 4.2 also comes with a dedicated Google Assistant button and a power key that has a glowing notification light around it. Other specs include a rear-mounted fingerprint scanner, Android Pie, and a 3,000 mAh battery.

Nokia 3.2 and 4.2 listed on official India website, could launch soon

It's a wonderful mobile.

You know as much business management as my Grandma forgot, yet ja talk. Chinese money? They are actually euros. Now,without entering the actuall knowledge, tell us, who are this 100% stakeholders? Tell us their names and wherabouts, ja informed one. ...

I respect asus because of their quality in compiterbusiness, never used fheir portable small devices though so i can't comment on quality. For the rest of the pack (letting nokia 5.1 plus out, where you are actually right, HMD does the same mistakes ...