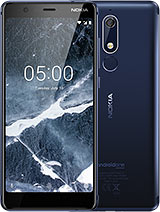 This Nokia 5.1phone is a bad phone the battery get hot and it Android 10 the is very Slow

After the Android 10 upgrade the phone is so slow that it is almost unusable. Check the internet reviews about that upgrade before purchasing it. Never again Nokia...

The phone was OK even nice as a secondary phone, but after receiving the Android 10 update it became really slow!!! I have an old phone Huawei GT3 that is a budget phone released in 2016 I guess and still at Android 7 and it's much faster than this one!!

my phone was working just well until it was updated to Android 10. It hangs terribly all the time.

Avoid!!! Just terrible! I along with hundreds (1000s?) Of others consistently experience background apps being closed at random. This means apps I rely on for notifications being closed without prompt or alert. Such applications include Facebook messenger, whatsapp, auction sites, email, and so on. I've missed critical reminders that have cost me hundreds of dollars and missed social opportunities. These apps don't just close once, but 10 times during the course of the day. Additionally, I consistently cant answer a call because the phone app crashes. This is all a design choice by Nokia so I'm done with this brand which is a shame because I'd like the phone if it worked a damn. Oh, volume is crap, but I find this is true of most android phones and it really pisses me off!!

I've been a Nokia cliente for the last 20 years.
Nokia 5.1 is the worst phone i ever had. Nokia justo lost one client forever
i will never buy a Nokia again in my life. I'm traumatized with this phone experience, it simply just don't work!!!! Stops constantly, is extremly slow

Afrer the upgrade to Androidn10 the phone became uaeless eventhough I am not a heavy uaer.... A couple of hammwr blows fixes it for me. I have a new Samsung now. Never again a Nokia...

Wicky, 23 Jul 2020How is the android 10 update on the phone.Full of bugs, it keeps on lagging and the"system iu is not responding'' keeps popping up. Batterty life is even shorter. Plus games are harder to play especially high end games because of the lags... Shoulda stuck with android 9...

jamie, 17 Sep 2020The Nokia 5.1 is a bad phone, I regretted buying it very mu... moreLet's be honest, Mediatek Helio P18 SoC implemented on Nokia 5.1 is an extremely in-efficient and subpar processor even when the Nokia 5.1 was launched in 2018.

Given that it is built with a 28nm fab process, first used by Qualcomm on in Snapdragon S4 processors in 2012, we are talking about an 6 year old technology. The result in very high battery drain and generation of excess heat. Its a pity as the rest of the handset is excellent.

The efficient Mediatek Helio P22 would have been the correct choice as it is built on much smaller 12nm fab process, resulting in almost no heat, frugal power consumption and better performance with no throttling. I didn't buy the phone just for its processor. A golden opportunity lost my Nokia with this device.

The Nokia 5.1 is a bad phone, I regretted buying it very much here are the most negative aspects:

- The phone overheats too much, it gets very hot just by browsing
- The battery is worse than that of a 4 year old basic samsung
- The os Android also with all updates installed is overall buggy
- I know it just has 2GB ram but it is usually enough for browsing also with few tabs opened, not for the nokia 5.1, it is sloooooow

The battery is nonsense...

I am not too happy with this phone. Camera is very unstable, gets closed or blocked frequently, switch on button is fragile and easily gets stuck, volume is low making it hard to hear a conversation when in a noisy place, gmail does not synchronize automatically despite being set up so. Even though I really wanted s phone as European as possible, I cannot advise it.

Can the nokia 5.1 be fully encrypted? full disk encryption with password request when you turn it on?

Waverider, 10 Jul 2020I am very disappointed with this phone. It reacts slowly or... moreI had the same similar issue of the phone booting twice. But it stopped after a couple of security updates

Waverider, 10 Jul 2020I am very disappointed with this phone. It reacts slowly or... moreYes, all the low-end Nokia phones play the melody on start-up. Cannot dis-able.

How is the android 10 update on the phone.