Back in December HMD released its Android 10 update roadmap which showed us the next Nokia devices scheduled to receive the latest version of Google’s OS.

Now the, Nokia 6.1 Plus has officially received the Android 10 update. Nokia Mobile’s official Twitter handle confirmed the news. The changelog reveals the update comes in at just over 1.3GB in size and also brings the December security patch. 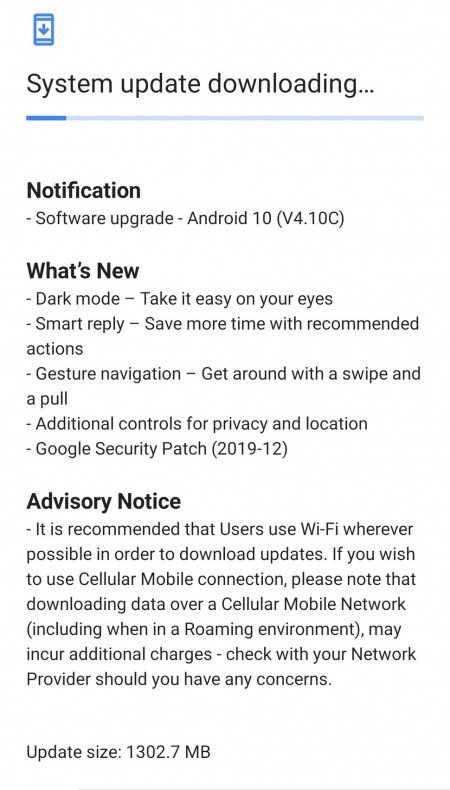 Looking ahead, the Nokia 6.1 and Nokia 7 Plus are the next HMD phones scheduled to get the big update during the first quarter of 2020.

Android 10 for Nokia 7.1 coming next week, 5 more Nokias are getting it in January

andriod 10 is not compertable of your dvices so friends please be carefull.

concerning Nokia 6.1 plus I would like to know if I can update to android9 without updating to Android 10 cause I haven't updated to either