Nokia 6.1 Plus inches closer to Indian launch as teaser campaign heats up 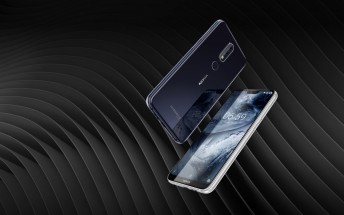 HMDs teaser campaign heats up as the Nokia Mobile India Twitter account promises the most awaited phone. The campaign operates under the #BringItOn hashtag and has been building anticipation for the August 21 event.

The Nokia 6.1 Plus is the most likely device to be featured, though HMD hasnt confirmed anything officially. The support page has been up on the Nokia India site since late June.

We are thrilled to bring you the Nokia smartphones event for the most awaited phone. Stay tuned to #BringItOn with #NokiaMobile pic.twitter.com/v1ZHBnTSri

The phone initially launched in May as the Nokia X6, a China exclusive, but then went global as the Nokia 6.1 Plus in mid-July. Its the first notched Nokia, theres a piece missing from its 5.8 1080p+ screen (19:9). Its powered by a Snapdragon 636 chipset and boasts a 16+5MP dual camera on the back and a 16MP selfie camera in the notch.

Nokia 6.1 Plus is probably launching in India on August 21 as HMD Global schedules event

Nokia 6.1 Plus coming to India soon

Yep, and even nothing disruptive in terms of technology, or R&D, just the kind of models that have better profit margin and where they can compete. It is not a technology strategie, but a business strategy instead. And it seems to be working. ...

9 devices... but nothing high-end (even Nokia 8 Sirocco isn't high-end).

Who told you that? Where did you read it? Get your facts straight before writing.