Nokia 6 (2018) is going to be officially announced by HMD Global tomorrow, but Chinese retailer Suning jumped the gun and leaked the device in full. All the specs, including press renders and lifestyle images, popped up on its website and online store.

The new Nokia 6 comes with a more powerful Snapdragon 630 chipset, a fingerprint scanner on the back and redesigned accents around the edges and the camera. It also borrowed some features from the Nokia 8 for audio recording and photos. The chipset has an octa-core CPU, with four of the cores clocked at 2.2 GHz. The RAM available is just 4 GB with two internal storage versions - 32 or 64 GB. There is also a microSD slot for up to 128 GB more.

The primary camera is 16 MP with f/2.0 lens, and it comes with OZO Audio recording. It also has Bothie mode where you take a picture or video with both cameras at the same time. Speaking about the front snapper, it has 8 MP sensor and f/2.0 lens. 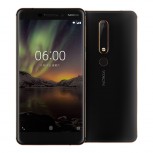 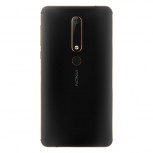 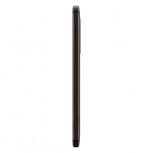 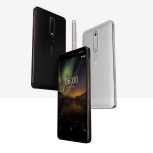 Last year, a global variant was announced in February at MWC, and HMD Global will most likely do the same with this edition of the Nokia 6.

Thanks for spotting this, Akilesh!

Snapdragon 630 is shit better get a sd8xx phone

Do not forget to mention the telepathic Firewall, that keeps all Meltdown and Spectre exploits out of wherever you and your Gigamegabiga device are. i Still can't believe it costs only two euros.

:))). Well, it could also be wrapped around with antiaircraft sensors with some real point and shot weapon. This device... it ain't joking. I will for sure buy it, just to keep it in my pocket in case of thirst... i forgot to mention, it has a virtua...