Nokia has already promised an "awesome" MWC 2018 press event, and one of the things it may announce next month in Barcelona is a US release for one of its newest smartphones. Two models of the same device, in single and dual-SIM iterations, have recently been certified by the FCC - a necessary step before any such launch can take place. 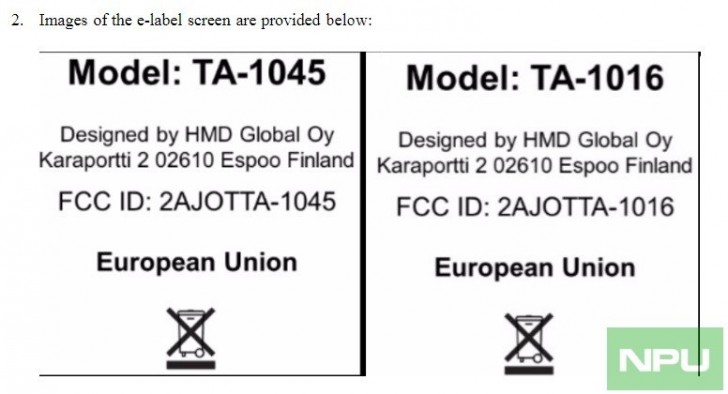 Whatever it is, it's obviously US-bound because HMD Global has disabled all of the non-US frequencies and country code selections in the phone, "through proprietary software", something that is "not user changeable", according to one of the documents published by the FCC.

The handset is also likely headed to Canada, and the prototypes are using the Avatar codename that was once thought to belong to the upcoming Nokia 9 flagship. The smartphone will launch running Android 8.0 Oreo from day one, which is a neat touch so many months after that version of Android got its initial release from Google.

wtf you smoking, I was responding to an earlier post about Nokia not having a soul ...and my response is very simple, despite the OS, whether Symbian, Windows or Android ...Nokia maintains it's soul through the hardware quality and design they make ....

i expect them to land with a shitty lineup since hmd has just rode on the nokia hype till now ,will be interesting to see them with asha line up once again