We're back at checking out one of the most hyped phones this year - the Nokia 6. This time around though, it's repackaged for worldwide action and, hopefully, not a déjà vu all over again. We'll obviously revisit the old review of the China-bound variant, only here we'll focus on the bits that are different. And those are by no means insignificant, who knew.

We'll start the list of changes with the small stuff, tiny actually. For some odd reason the global version lacks a notification LED, while the Chinese one does light up next to the earpiece when charging or upon missed calls and incoming stuff.

The global version also has a more prominent, shinier outline around the camera module. Some regulatory markings sprinkled on the back spoil the global version's looks, while Chinese regulator TENAA has been more laid-back about it, but that hardly passes for a change.

Other than that, we basically copy-pasted the following from our original Nokia 6 review - it is the same phone, after all, for the most part. Until it isn't, but more on than in the camera chapter.

Of course, the global Nokia 6 comes with a fully functional Google package right out of the box. The Chinese variant only got those with a recent update, but at this point it's not really a decider anymore. 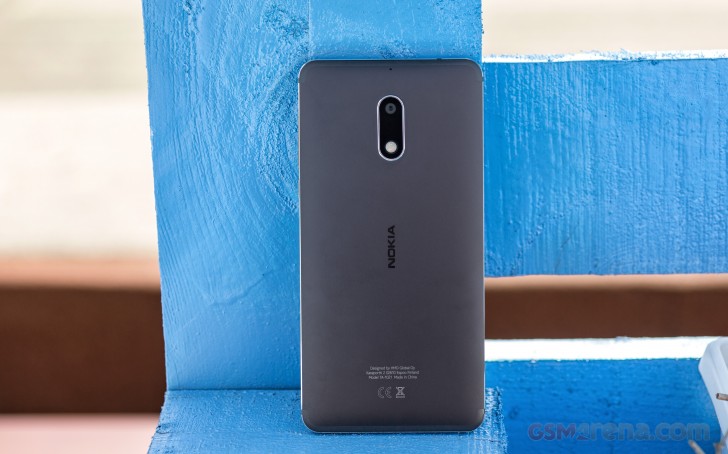 During the course of the review we discovered a couple more differences, ones that a casual observer could easily miss. But before we get to those, let's quickly go over the hardware once again.

Hello... Nokia 6 not to my expectation. Recent app button not working. Battery saver not active. I had to download an app via playstore to support those features. Inserting an earpiece. Only one side of the earpiece is working. Fix it well.

My own phone doesn't provide calls sounds to my second party, unless I put it on speaker which is also not loud enough at my ens