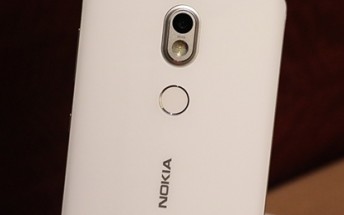 Nokia 7 might be sold only in China, but still gets a lot of love and support from fans and developers. The 2017 midranger switched to Oreo in May and is already joining the Android Pie family, according to the official company account on Weibo. It brings plenty of new features, a November 2018 security patch and system improvements.

The update is version number 340C.B202 and is 1663 MB in size, although you need 3332 MB free storage so the package can unfold properly. If you purchased the phone from China and you havent received it, you have to go to Settings -> System -> System Update and when youre done, heres what youll get:

The Nokia 7 is not on the Android One program since it is in China where Google services have limited capabilities. HMD Global promised 3 years of security updates and 2 years of OS updates, and even if it applies only for phones with stock Android, it is refreshing to hear the Finnish company is looking out for its customers all over the world.

how to get beta android pie, for nokia 8?

among the list of added features , can someone test if Bluetooth rSAP is now working on Nokia 7 + android Pie ?