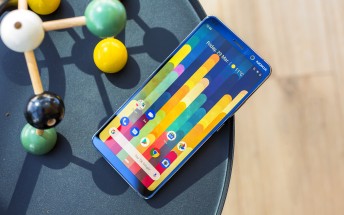 Last month during Amazon's huge Prime Day event, the Nokia 9 PureView was selling for just $499.99, $200 off its usual price. The price went back up afterwards, but we're happy to report that it's dropped again, to the same $499.99 level.

The deal is live at Amazon, Best Buy, as well as B&H, but it is likely to be a limited-time offer only, so make sure you don't waste any time if you want to take advantage of it. At Best Buy you can even save an additional $50, grabbing the phone for a mere $449.99, if you choose to activate it with AT&T upon purchase.

The Nokia 9 PureView is HMD Global's first high-end smartphone. It launched this February packing a 5.99" 1440x2880 18:9 OLED touchscreen, the Snapdragon 845 chipset, 6GB of RAM, 128GB of storage, and a 3,320 mAh battery. It runs Android 9 Pie, is part of the Android One program, and comes with a whopping seven cameras - six on the back (five 12 MP sensors of which two RGB and three black&white working simultaneously, and a ToF 3D cam), and one 20 MP selfie shooter on the front.

Nokia 8.1 gets Android Q beta 5 along with corner swipe for Assistant

The real downside of the phone is low light photography, UDFPS & image processing time. Other than that phone is on par with most SD855 phones, obviously it can't match SD855.

I got one during Amazon Prime Day so I've only had less than a full month of trying it out. I thought it would take at least 5 seconds for photos to appear in the gallery but it just depends on what's going on in every photo. Some photos take as litt...