The Nokia 9 PureView is receiving a new software update that weighs 280MB in size and sports version number V4.27C.

It brings the July 2019 security patch along with UI enhancements and improvements to the system stability. And while the changelog doesn't mention it, users report a Live Bokeh Mode in the camera which lets them adjust the focus before and after capturing a photo. 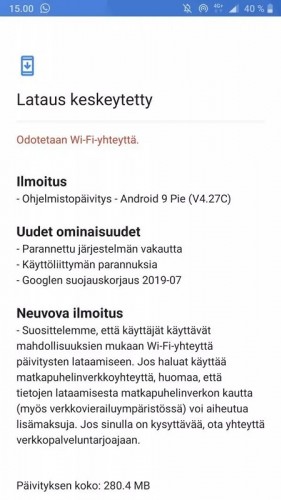 Additionally, the new firmware makes the fingerprint reader and image processing faster on the Nokia 9 PureView.

This update is currently seeding in Finland and Russia, but if you live in another country and have received it already, let us know in the comments below.

With solving UI troubles, now HMD has no excuses to bring a perfect flagship that can compete with upcoming other brands. Will they?

Even in its present half-baked software the Nokia 9 is already at the top with pixel and p30 pro.. With refined software it will be the best camera phone for 5 years to come

Now make it with SD855 and ill be gratefull.