For a while, there was some confusion in the rumorsphere regarding what the Nokia 8 would actually end up being called - that or Nokia 9. We obviously know now which option prevailed, since the Nokia 8 became official yesterday.

During that launch, HMD Global representatives seemingly hinted at the fact that a phone with a bigger screen than the Nokia 8 is currently in development, in order "to meet the needs of absolutely all users".

We assume that we're talking about a high-end, flagship device, since otherwise there's already a handset with a bigger screen in HMD's portfolio - the Nokia 6. 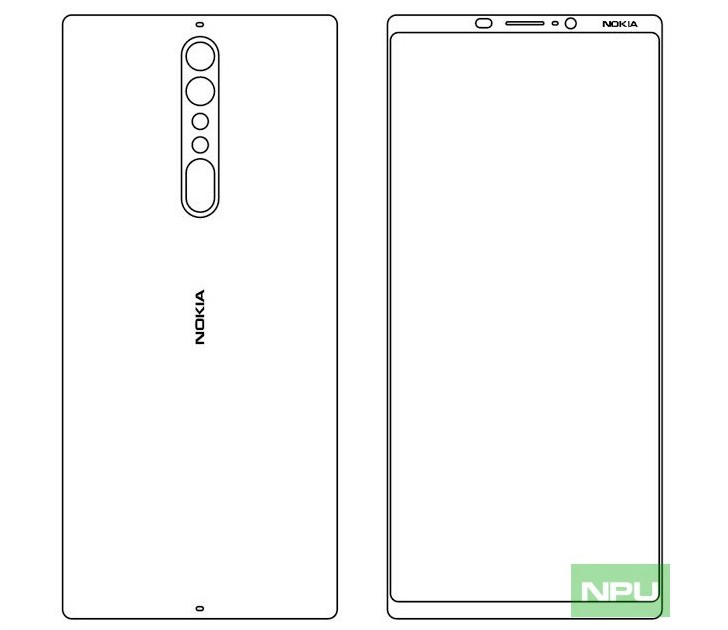 This yet unannounced phone will probably be the one to bear the Nokia 9 name, and the previously leaked sketches above purportedly show us what to expect from it, design-wise. As you can see, it joins the fight against bezels that was so successful this year, unlike the Nokia 8 which seems to cherish them instead. The fingerprint sensor moves to the back, because there's simply no room for it elsewhere.

There's no telling when the Nokia 9 will actually arrive, but hopefully it's sooner rather than later. It has been rumored to sport the Snapdragon 835 at the helm, 6 or 8GB of RAM, 128GB of storage, an iris scanner, and IP68 certification for water and dust resistance. It's said to boast the exact same dual rear camera array as the Nokia 8, on the other hand. Price-wise, while the 8 will go for €599, the 9 will command €749.

Too bad Sony doesn't give us pure android so that they actually sell some phones android users actually want.

Hope so Nokia will focus on market trend,they have learned lesson from Windows.

They should revisit the fabula design.