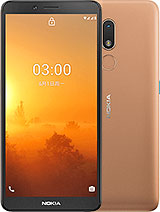 Sayak, 10 Aug 2021Micromax in 1b is the best phone at the price point 6999 IN... moreThe ads come baked in to the phone even if it's close to stock android and appears at unfortunate times. Made me avoid Micromax and I don't recommend it

GeeSquer4U, 14 Jun 2021Brother. There are people who expect simple clean experienc... moreMicromax in 1b is the best phone at the price point 6999 INR.It comes with stock Android.

Anonymous, 04 May 2021anyone have idea why people would consider such kind of pho... moreBrother. There are people who expect simple clean experience. There is no need of tremendous specs. Barebone specs also does the basics smoothly unless until the custom rom or bloatware requires more power and ram.

Anonymous, 04 May 2021anyone have idea why people would consider such kind of pho... moreThe C series is for people who don't need a load of specifications and low end as well

anyone have idea why people would consider such kind of phone over those of poco/redmi/realme/Honor etc at similar price? later ones are way way superior. is it just an issue of licensed dealer?

Farhad, 29 Mar 2021Yes if we talk about price, the only pro of nokia c3 again ... moreSamsung's claim is actually bogus for lower end smartphones (I've never seen any Samsung low end smartphone running any Android version beyond what they came pre-installed with, look at all the J1, J2, J3 and "Core" phones) but not the case for flagships and midrangers. Also the bloatware takes a lot of space, let it be an 8GB phone. Also not to mention, the M01 Core is 28nm as well :)


Nokia has pure OS mean there is Google apps nothing else and you can disable which you want but samsung forced me Galaxy store, payment, push, internet browser lite, gallery, camera and so on, with 1gb ram, most apps have google version! It is a Go device, but duplicate apps make it unusal in RAM usage. i think samsung need an option to disable its apps!

In support samsung now support for 4 years so its better.

Farhad, 28 Mar 2021Yes, but i think at least today phones could e based on 14n... moreAgreed. But I don't think that a person who buys this phone (considering that this is priced almost the same price as Android go phones) would pay attention to the nm. There are some phones with 28nm processors (released more than 5 years ago) and still works like new. But anyways this is much better than the Samsung M02/A02 which is more expensive than this phone. What do you think?

How ever there is many low-mid end device that using 11nm, it is better in battery usage, speed and lifetime.

Farhad, 24 Mar 2021They are 14nm from years ago, maybe you talk about your old pc!Lmao it's not more than 6 years ago

Farhad, 24 Mar 2021They are 14nm from years ago, maybe you talk about your old pc!At least they only needed hardware replacements :D

Minu, 18 Mar 2021Desktop ones are around 45nm afaikThey are 14nm from years ago, maybe you talk about your old pc!

Anonymous, 17 Jan 202128nm? There is not any desktop processors with ancient 28n... moreDesktop ones are around 45nm afaik

28nm?
There is not any desktop processors with ancient 28nm technology.
How this phone can handle so big cpu?

Warga plus62, 03 Aug 2020are you serious? I picked one up for$130au dollars brand new from ALDI and I can't fault it , especially for the price so all you people that are bagging it GET REAL . It's a great entry level phone typical Nokia now how and quality