The Nokia G60 arrived at HQ fresh off its announcement so let's have a quick look. There's not much going on inside the box - you get the phone and a USB cable, though some markets will also get a 20W charger.

That's part of the Nokia G60's small carbon footprint. The box itself is made from recycled paper, while the phone uses recycled plastic - the back panel is 100% recycled, while the frame is 60%. 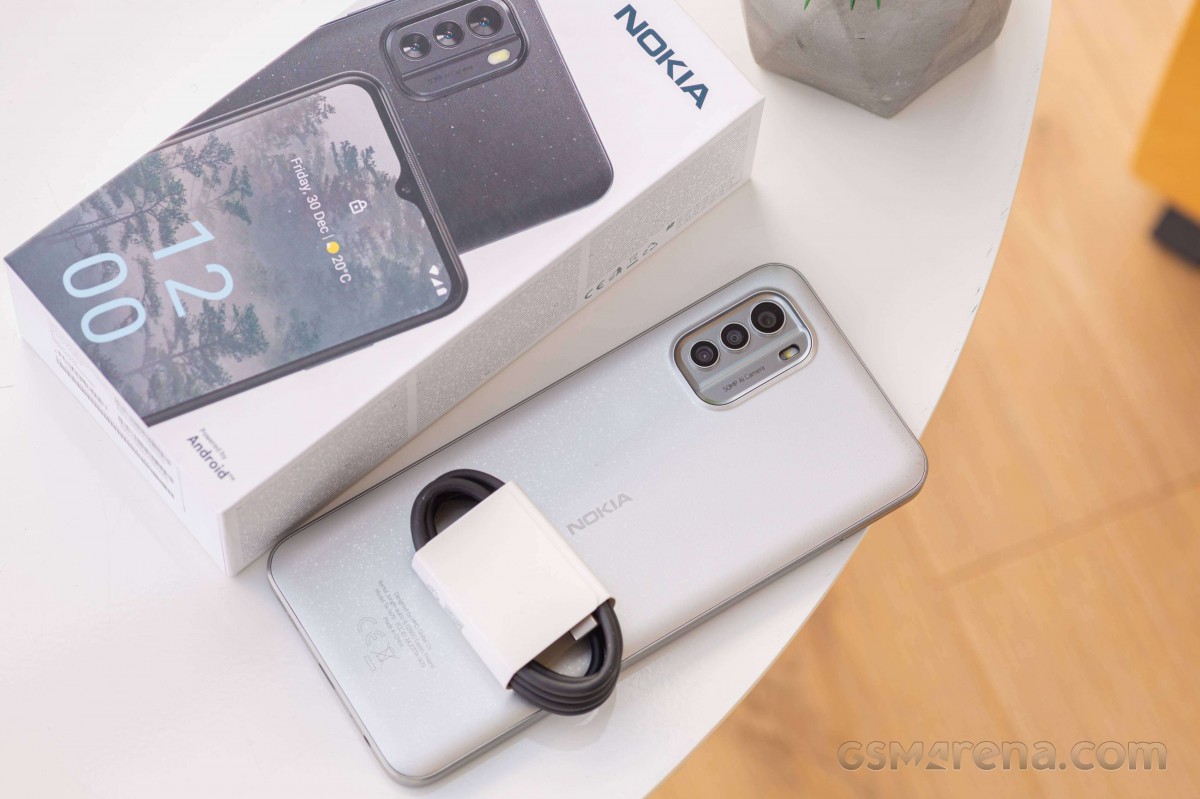 Nokia has added a tactile blotchy texture to the rear panel to perhaps solidify the feeling that you're being good to nature, but it makes the phone feel better and different.

It doesn't lend a cheap feeling either. At 190g, the Nokia G60 is substantial in the hand and it has the 6.58-inch display to match the feeling. This isn't a small phone, while at the same time it's not too big either. Just right? You'll be the judge.

There are two colors to choose from - Cloudy Blue and Ice White, which we have here today. 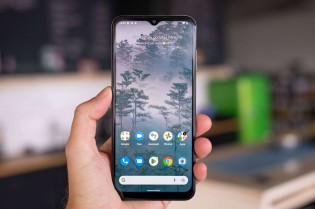 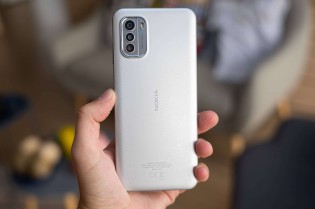 A comfortable phone in the hand

The chipset inside is the 6nm Snapdragon 695 with 5G and there are 4GB or 6GB of RAM. Storage-wise, you get 64GB or 128GB, but you extend it further through the microSD card.

The battery capacity is 4,500mAh and it can charge at up to 20W. The Nokia G60 runs Android 12 out of the box, and it's of the usual clean variety. 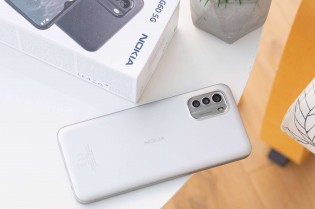 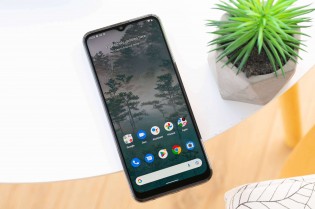 Nokia gives the G60 its 3-3-3 promise - that's three years of OS updates, 3 years of security patches, and 3 years of warranty. The phone maker reckons there aren't a lot of phones in the G60's price category to match that.

Nokia G400 5G now available in the US

One doubt on video quality Carol. Is video shakey if we take video when walking

Is video quality shakey or good. Do a full review as you do for all other phones please. This is sent to you for review

everyone thinks bad of Chinese products apart from you ? if that were true then Chinese products wouldn't have a market....most likely you think you're unique when you're just average like everyone else. Nothing wrong with liking any...