Nokia is announcing a new Android Go smartphone on December 15

HMD is expected to launch a couple new smartphones, including the flagship Nokia 9.3, and the affordable midranger Nokia 5.4, but apparently another device will get to stand in the limelight first - a phone with Android Go is coming out in China.

The announcement will take place on December 15, the Nokia account revealed on Weibo. 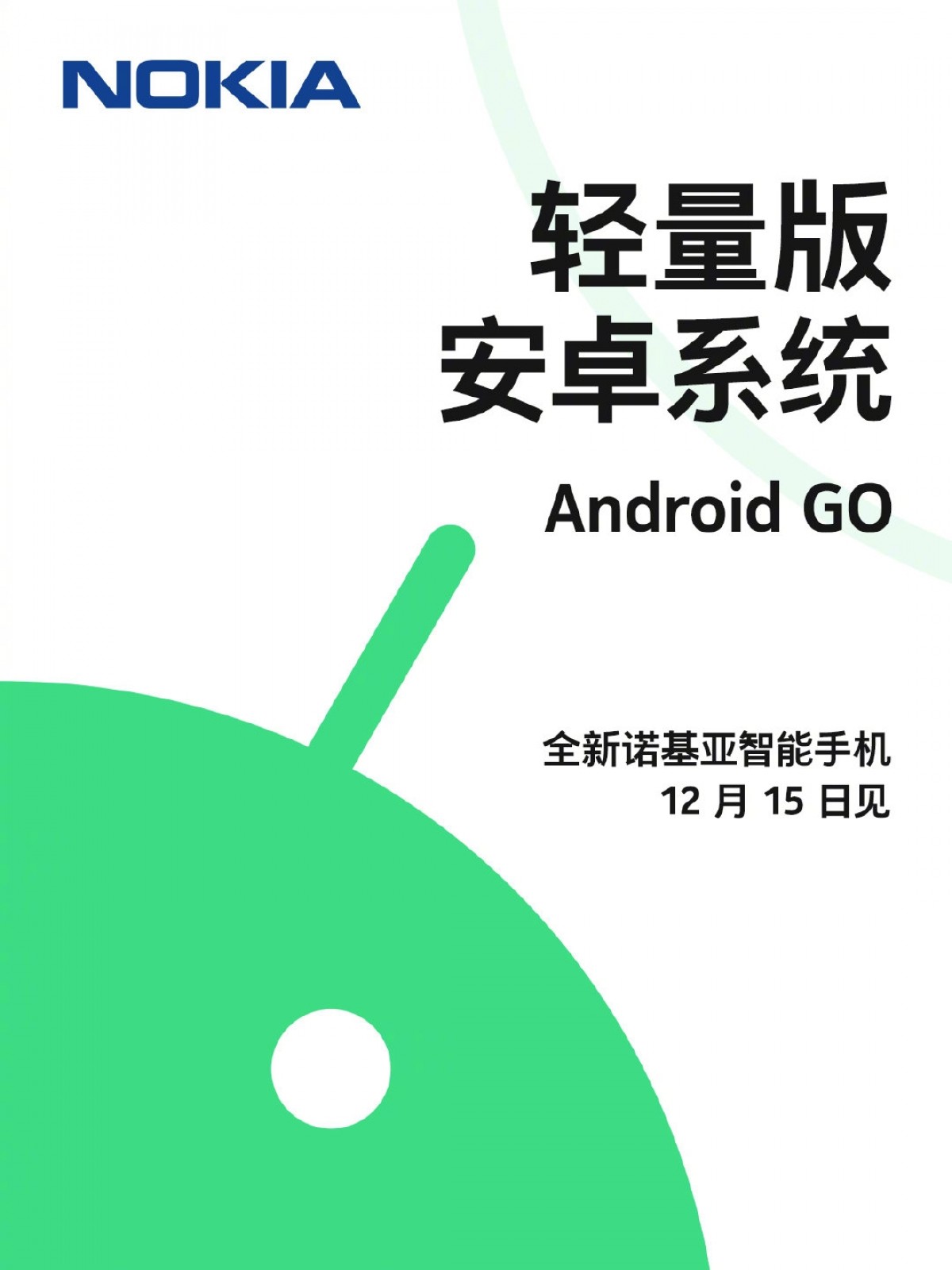 While we don’t know what to expect from Nokia, we do know it will be the company's first phone with the lightweight OS version in China - so far the cheapest phones available were the Nokia 3.1 Plus and the Nokia C3, both running the regular Android 10.

And here’s where it gets interesting - usually Android Go is stacked with lite apps like Gmail Go, Maps Go, Google Assistant Go, however, none of these would work in China. HMD must have found alternatives so it can make an Android Go phone work in that particular market.

I hope a high end phone and tablet please!

I am curious who would buy these phones if they knew it was not Nokia but HMD Global.