Nokia Lumia 635 available for pre-order in the UK

Following in the footsteps of the Lumia 630, its 3G-only sibling, the Nokia Lumia 635 is due to be released in the UK pretty soon. The 4G-capable smartphone is now up for pre-order in a few places, both with contract as well as SIM-free and unlocked. 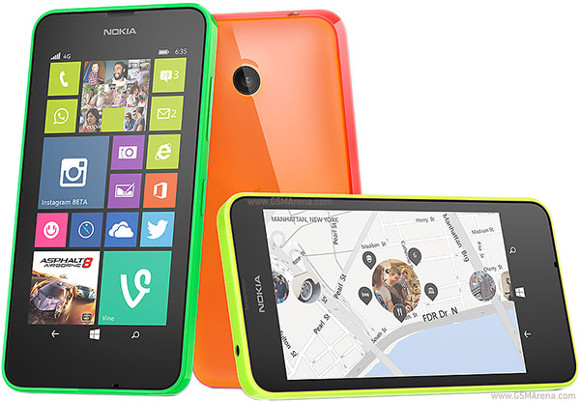 If you want to get it with a two-year agreement with an operator, Phones 4u is happy to oblige. In this case, the Lumia 635 is free with plans starting at £13 per month.

That cheapest contract option is with Vodafone and nets you 100 minutes, unlimited texts, and 100MB of data each month. There are obviously many more choices, though, going all the way up to £44 per month. For that amount of dough you're looking at unlimited minutes and texts as well as a whopping 9GB of 4G data.

If you pre-order a Lumia 635 with a contract, you should expect it to be delivered on July 3.

The same shipping date is mentioned by Unlocked Mobiles, an online retailer that will give you a Lumia 635 for £144.98. This is for a SIM-free device, naturally.

If you want you can also pre-order the handset from Amazon UK, but you'll have to pay £186.92 for that privilege.

Interestingly, though, Amazon says the Lumia 635 will be released on June 23 - much sooner than in other parts.

Then again, all of the above applies only to the UK. The Lumia 635 is already available in some countries - Italy, for example.

Aside from the support for 4G LTE networks, the Lumia 635 is basically identical to the Lumia 630. So if you want to learn more about it, perhaps you should go through our Lumia 630 review.

Is this dual SIM phone too?

subway surfer lags on this one... ram is really limited