An upcoming Nokia phone powered by the 5G ready Snapdragon 690 chipset appeared in a listing on Geekbench. The device is code-named “Quicksilver” and managed 471 points in the single-core department and 1,500 on the multi-core test. According to speculations, this is the rumored Nokia 6.3/6.4 which appeared in renders two weeks ago. 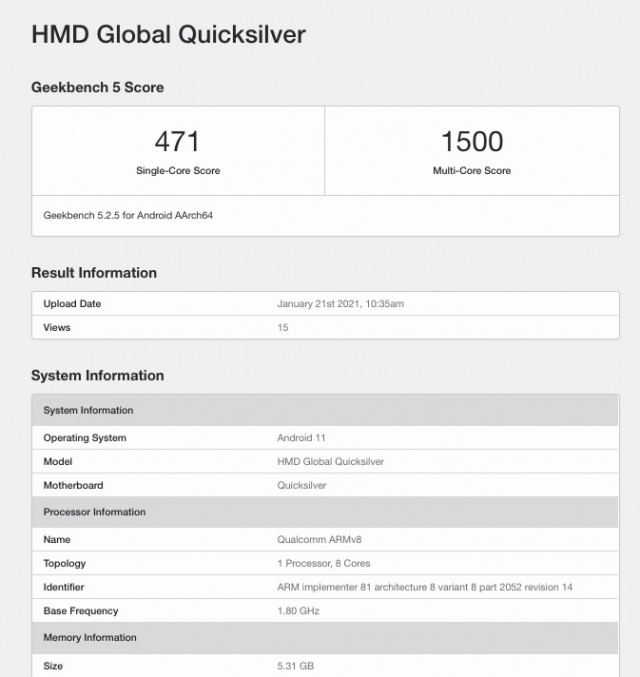 The new listing reveals the device packs 6GB RAM and boots Android 11. According to past rumors, the Nokia 6.3/6.4 will release a 6.45-inch waterdrop notch display with a 16MP selfie cam. 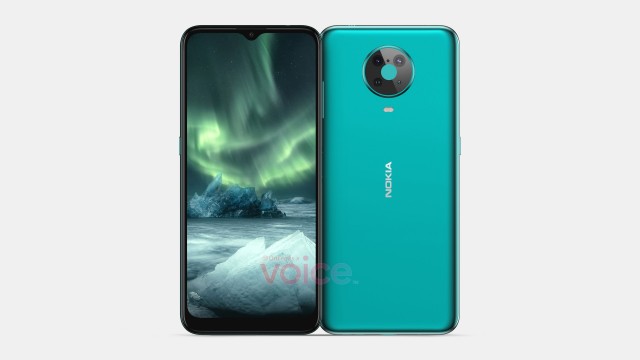 The back will house a quad-camera setup with a 24MP primary, 12MP ultrawide, 2MP macro, and 2MP depth sensor units. We’ll make sure to update you with more details once they are available.

Nokia 6.3/6.4 appears in renders with quad camera and notched display

Google and Qualcomm invest big in HMD Global, "the home of Nokia phones"

Nokia never dies, but for some, to keep up with reality, is a bit to much usage of the brain cells.