The Nokia X5, to be known as the Nokia 5.1 Plus globally, is coming tomorrow, but we still have time for an eleventh hour leak.

We got some new high-quality images showcasing the smartphone's design in blue and black, but the post also reads Helio P60 chipset instead of the previously suspected Helio P23. This is really good news if HMD Global is able to keep the price low. 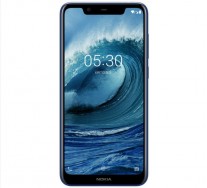 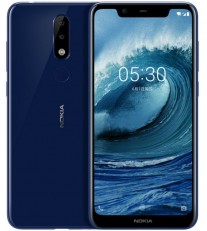 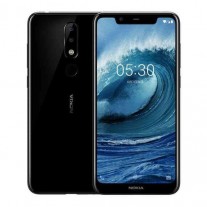 Nokia X5 in black and blue

We also expect the Nokia X5 to feature a 5.86-inch 720p IPS panel with a notch on the top. The camera setup should be 13MP + 5MP on the back and an 8MP sensor placed on the front. Battery capacity is expected to be around 3,000 mAh.

The phone will launch as Nokia X5 in China first and then go global as Nokia 5.1 Plus as suggested by the recent Bluetooth certification and the Chinese 3C authorities.

So isn't all chinese stuff bad according to you? Taiwanese or chinese does not make much of a difference anyways...

If you can read I said mediatek is Taiwanese , I Never said Taiwan is not a part of China.