Nothing Phone (1)'s screen isn't as bright as initially advertised, but could get there in the future

Nothing initially advertised the Phone (1) as being capable of reaching a maximum peak brightness of 1,200 nits, only in certain HDR video scenarios. We don't test for those, so all we got for our review of the phone was 663 nits in Auto brightness mode, with 466 nits in manual brightness mode.

This didn't seem out of the ordinary, as all of the currently advertised 1,200+ nit peak brightness rates, for all smartphones, are not achievable in general day to day use, only in some HDR content. But you would expect a phone saying it can go up to a specific value to actually manage to do that, even in the most niche of use cases.

And as it turns out, the Nothing Phone (1) can't go all the way up to 1,200 nits. At least not right now. German publication ComputerBase revealed this in a report saying it confronted Nothing about the fact that it couldn't reach the advertised peak brightness in its tests "in any scenario". 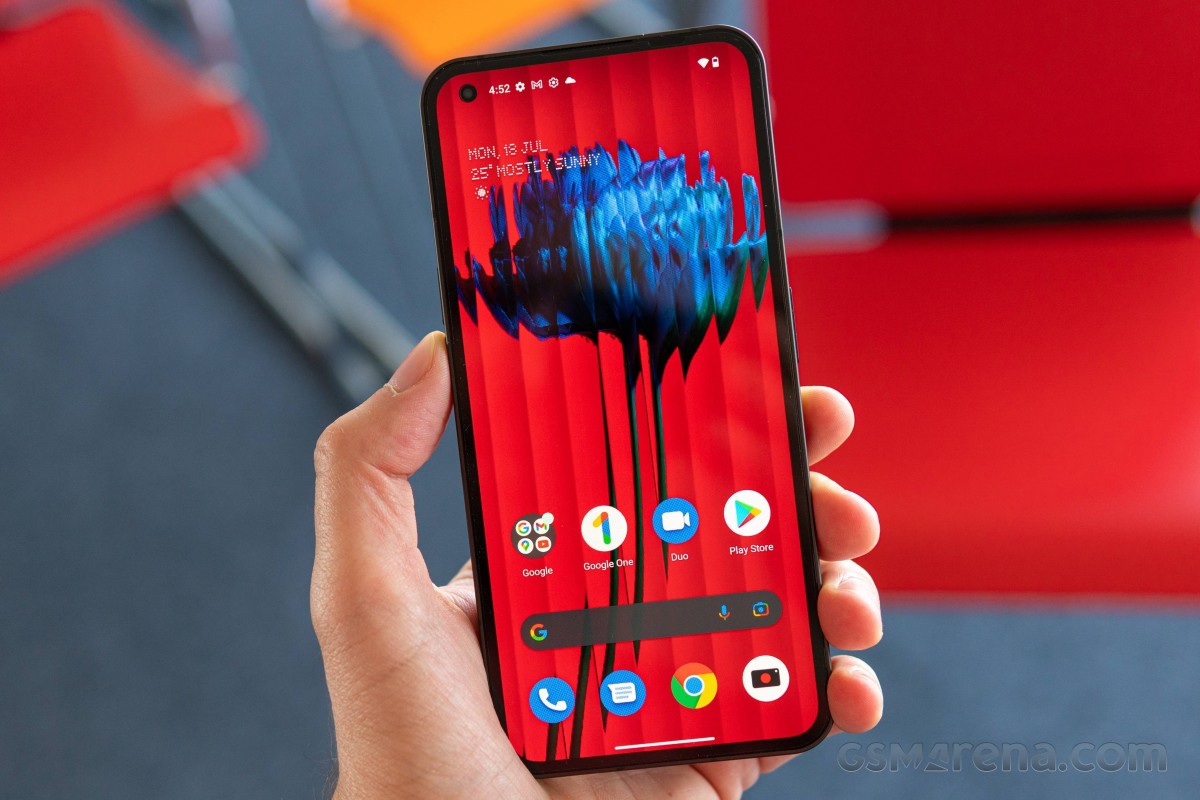 That's because while the underlying display hardware is capable of reaching that peak, software is currently preventing it from going past 700 nits. A Nothing spokesperson sent us this statement:

The hardware is capable of reaching up to 1,200 nits peak brightness, but this is currently capped by the software to 700 nits. This decision was made to ensure a balanced user experience regarding heat and battery consumption. We look forward to hearing from our users about this and will monitor feedback closely to understand if this should be addressed in future software updates.

Seems like Nothing's hardware team, software team, and marketing team weren't communicating very well on this matter, since the 1,200 nit figure has been seen in marketing documents all over. And technically that is theoretically accurate, if the panel is capable of going that far. But if there's a software cap of 700 nits, then that's the more realistic figure to advertise, isn't it?

We're interested to see whether there will be a future software update enabling higher brightness, or at least some kind of opt-in toggle allowing people who are prepared to take the hit in terms of heat and battery life to switch to a higher brightness mode no matter what.

Our Nothing Phone (1) video review is up now

Nothing Phone (1) drop test: the front is tougher than the back

Nothing Phone (1) gets disassembled on video

Man wrong its good comparing price and specs and there is nothing bad about this phone maybe the screen issue but thats can get fixed by some update or so. Compared to Samsung Note 7 battery problems which cannot be fixed.