Nougat arrives to LG G5 in Europe and Brazil as well

After South Korea and the United States, the Nougat update has started hitting LG G5 units in other countries as well. A couple of our readers have just tipped us that the device has started receiving the update in Europe and Brazil. 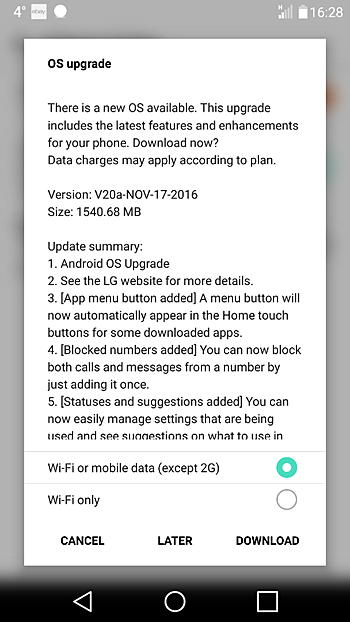 This comes less than a month after LG officially announced the rollout of the G5 Nougat update. Over in the US, all the major carriers - including T-Mobile, Verizon, Sprint, as well as US Cellular - have already pushed out the update.

US Cellular LG G5 starts getting Nougat update as well

Nougat update for LG G5 is now rolling out

Yes. If the cost were lower than other flagship devices...ok. But it's not. We dont even have the option to choose.

Should be there. Tried with LG Bridge?