Nougat for unlocked Samsung Galaxy S7 now rolling out in US

Following the edge variant, unlocked Samsung Galaxy S7 units - with model number SM-G930U - have also started receiving the Nougat update in the United States. The update weighs in at around 1.2GB and is rolling out over the air (OTA). 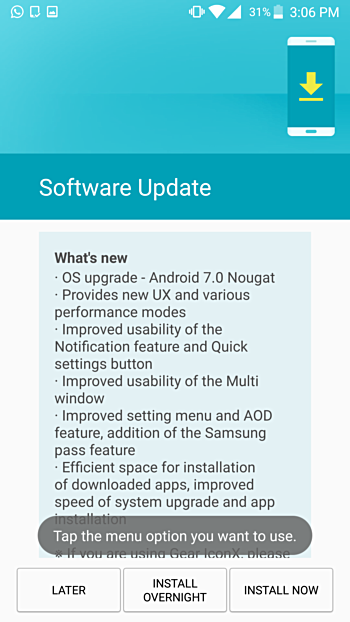 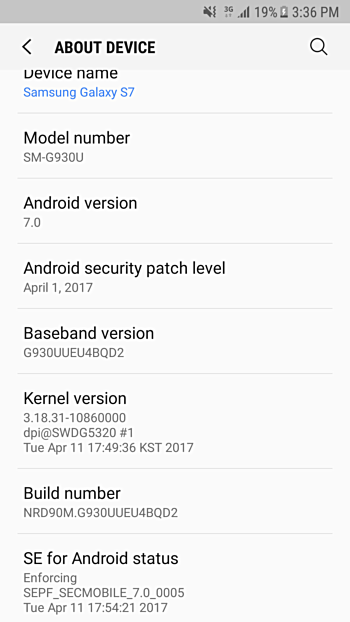 Aside from the new OS, the update also brings along Android fixes for the month of April.

In a related news, if you are a Galaxy S7 edge owner in the UK, you'll be glad to know that Nougat for your device has started rolling out in your country. Sadly, nothing much is known about the update at the moment.

As is usually the case with OTA roll outs, it may take sometime for the update to hit your device. Meanwhile, if you feel impatient, you can manually check for the update by heading to your phone's Settings menu.

yeah.. but the default "blue" theme/icons is not good. afaik.. blue light is not good for eyes

You can buy nokia 6 which is 250 euros. For that price u will get monthly security updates (fast as pixel phones because of stock android) + future versions of android. And don't forget the optimization of nokia.