Looks like the Motorola Droid Turbo 2 will soon get Nougat as the Android 7.0 update for the handset (model number XT1585) has been certified by the Bluetooth Special Interest Group (SIG). 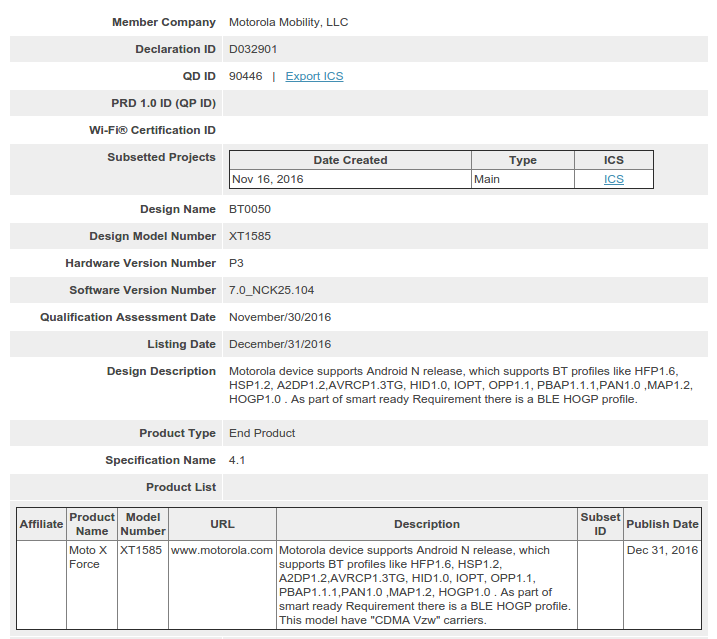 Sadly, there's currently no information on exactly when the update will be rolled out, although given the Bluetooth certification it has received, we expect that to happen sooner than later.

Also, the Moto X Force, which is the global variant of the Droid Turbo 2, should also get the update shortly thereafter.

Hulu is no longer available for turbo 2....They said this is the only device that does not work with their update. Anyone else having issues?

When can I receive android 7 update for Motorola XPlay XT1562