The HTC 10 Nougat update has started hitting units in Hong Kong. Arriving as version 2.41.708.3 and weighing in at 1.23GB, the update brings along Android version 7.0, the Android security patch for the month of January, as well as some system enhancements. 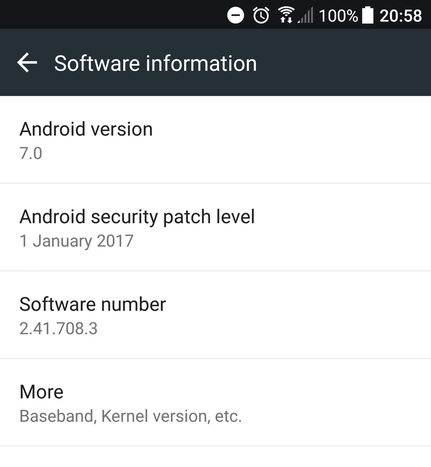 The update, in case you missed, has already been pushed out in the Middle East, and Turkey. In Europe, only Russia and the UK has got the update so far - the company had to pause the roll out in mainland Europe due to some technical reasons.

HTC 10 Nougat update roll out in mainland Europe has been paused, again

European HTC 10 One M9 to get Android 7.0 within two weeks

my phone is HTC 10 updated for nouhgat 7.0 but battery drain so fast is there any issue with update ????

i have updated my htc-m9 to nogut 7. but my s6 edge does not spport till waiting for new update