Looks like the Samsung Galaxy A8 (2016) will soon be getting the Nougat update. The device, powered by Android version 7.0, has been spotted on GFXBench, indicating that the update is currently being tested by the South Korean company. 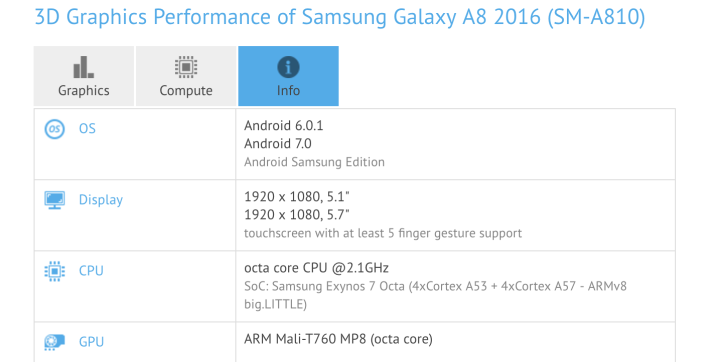 The phone runs Android 6.0.1 Marshmallow out of the box. Sadly, there's currently no information on exactly when the update will be rolled out. Here's hoping that testing goes smoothly and the roll out begins sooner rather than later.

Samsung Galaxy A8 (2016) is now available outside of South Korea

Samsung Galaxy A8 (2016) goes on sale, South Korea gets it first

its releaased for china and hong kong.you can dl rom and update your phone with odin.hong kong rom better for you