Looks like the Nougat update for the Xiaomi Mi Mix is currently under testing as an Android 7.0-powered unit has been spotted on popular benchmarking website Geekbench. 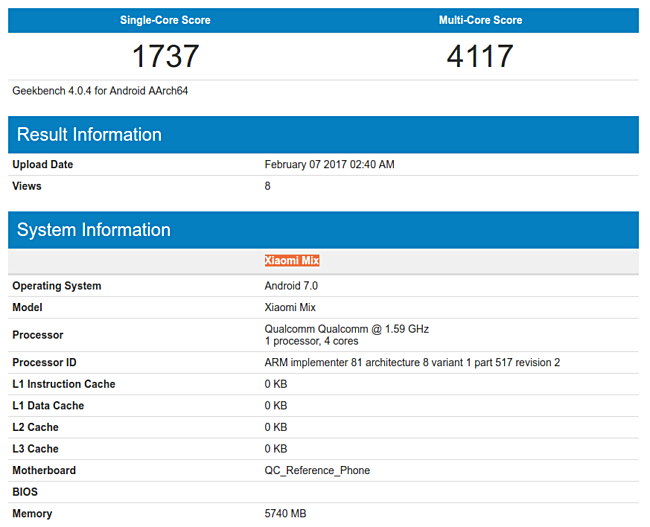 This shouldn't really come as a surprise as the Chinese company already confirmed back in December last year that the Mi Mix Nougat update is coming soon.

Sadly, there's currently no information on exactly when the roll out will begin, but here's hoping that testing goes smoothly and the update arrives sooner than later.

It's taking so much time for giving android nougat in mi mobile.

Just came out frm the cave ka? Only word COPY in your head? Xioami had explain it from day one & even Mi Mix screen made by Sharp itself...

Xiaomi is new in this industry but they sell record is impressive. Compare with Samsung with mammoth budget and apple with their status is absurd. You know detail how much every single Xiaomi phone sold? Mi5 how much, redmi 3 how much, Redmi not...