Google is notorious for releasing OTA updates within the first few days of every month. The November security patch is arriving to Pixel phones dating all the way back to the Pixel 3. The most notable fixes include a bug that was causing playlists in YouTube Music to inadvertently get deleted. There’s also a fix for a camera bug that was causing the screen to come on after locking it, and a system UI fix where the navigation controls would disappear while watching fullscreen video. 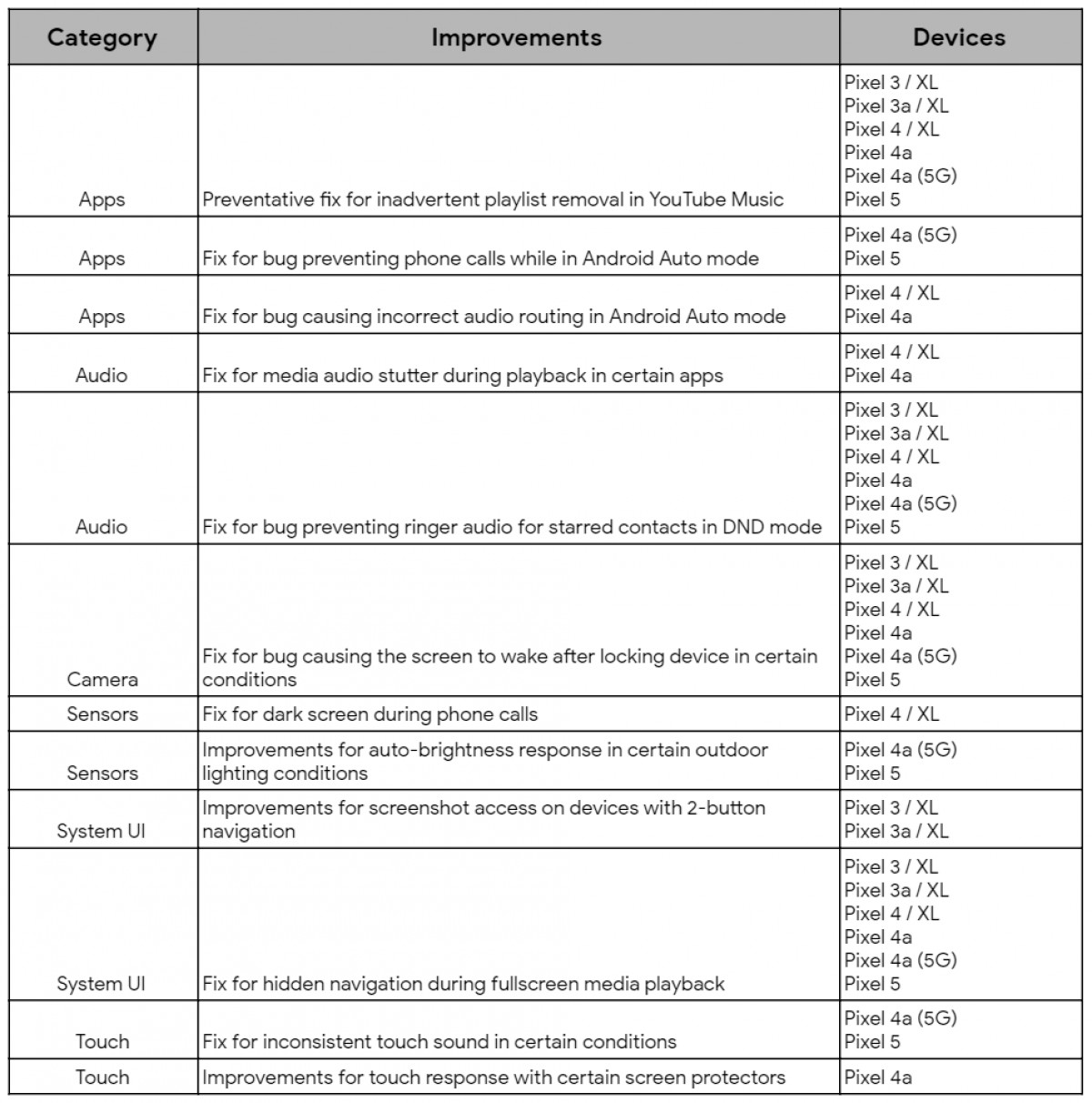 The Pixel 5 is also getting its first post-release update which also addresses an issue with phone call and Android Auto, there’s a bug that prevented calls of starred contacts from ringing when set to DND, and some tweaking has been done to the Adaptive Brightness function of the Pixel 5 and Pixel 4a 5G.

The update is now rolling out to Pixel 3 (XL), Pixel 3a (XL), Pixel 4 (XL), Pixel 4a (5G), and the Pixel 5 depending on the variant. You can check the Source link to see all the bug fixes coming in the November update, along with the devices they apply to.

Well, there aren't that many pixel phones yet, there are only 5 versions, it will be weird if they set it for 5 years now. Samsung is probably still receiving updates because they manufactured more Android phones over the years.

I think there should be one last update in December for Pixel 2 phones.

No more updates for Pixel 2/XL. So much for buying a pixel device for "updates". There are devices from Nokia and Samsung older than Pixel 2 and still receiving updates and support.