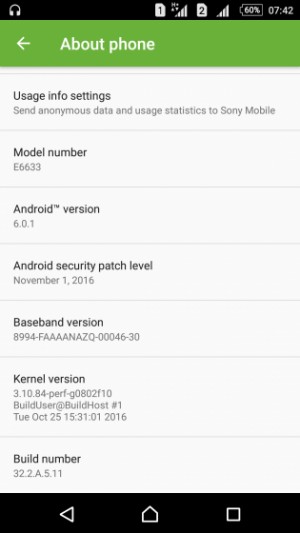 The update is now rolling out to all the aforementioned model lineups and their respective variants, including dualSIM versions across many regions. This Android update brings security patches up to Google’s November bulletin. Side note: the December security bulletin was just released today by Google along with new OTAs for Nexus devices.

Has anyone else gotten this update on their Xperia device? Let us know!

Use in the dark with no spark?? Hehe

yup i feel it also function a little quicker (finger print sensor) than before im using it for almost 3 days now and also i notice that the back side of the device is producing less heat than before.