The nubia Red Magic 6 is coming on March 4 with improved cooling, and the company's President Ni Fei took to Weibo to give us a detailed look at the components that make the cooling great.

Dubbed Ice 6.0, the nubia Red Magic 6's cooling uses just about every trick in the book. It starts off with the air duct, from which the new 20,000rpm active fan sucks air. There's a large copper foil, covering the battery, while a vapor chamber (nubia claims it's the world's thinnest at 0.33mm) sits behind the motherboard, connected by thermal paste. Finally there's a graphite layer to further disperse heat away from the Snapdragon 888 chipset.

The cooling inside the nubia Red Magic 6 promises more than 2 hours of gaming without the device getting uncomfortably hot. 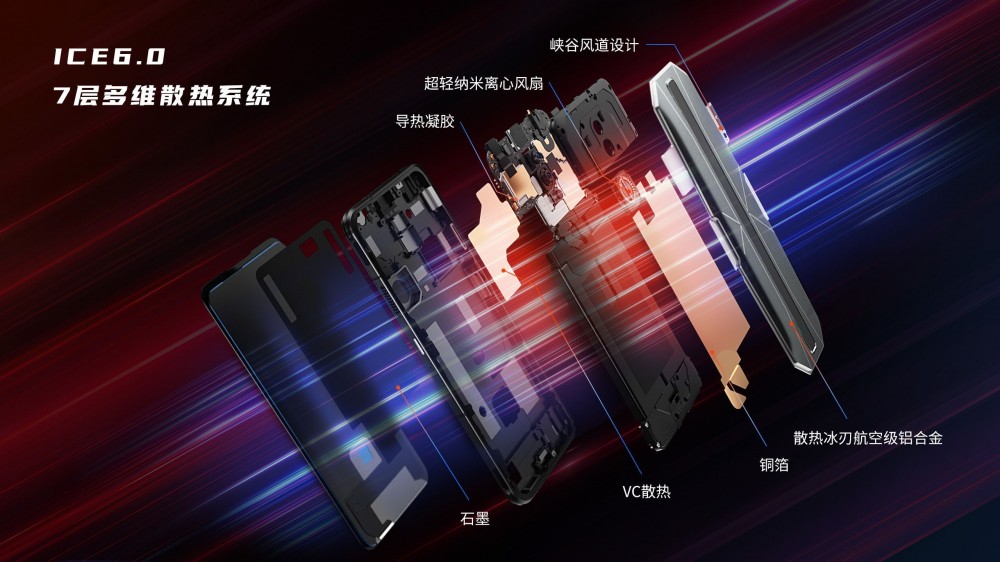 nubia's President of Mobile Devices teased another image, this one of the nubia RedMagic Watch, which is also expected to arrive at the March 4 event.

We know that it will use the industry standard 1.39-inch 454x454 AMOLED display and will have auto brightness (a rarity among smartwatches), two buttons, heart rate monitoring, but no blood oxygen sensor. As for the nubia Red Magic 6 - it will come in two variants - a vanilla and a Pro. The Pro will support 120W charging that can top up 50% of the battery in 5 minutes (and will ship with the appropriate charger), the non-Pro will do 66W.

I currently have redmagic 5g. Let me tell you, Nubia is the worst phone manufacturer ever. The software is shit and the last update was in November I think. So far a11 has only been released in China and it seems that it'll never be released any...

Never gonna buy the brand from Nubia phone restart out of nowhere, stereo sound unbalanced plus bad support as no updates at all worse buy ever .