The gaming smartphone segment is becoming very competitive, with OEMs rushing to introduce their latest hardware and software tweaks, improving gaming performance. Nubia's Red Magic series have been particularly lucrative solutions due to their relatively lower price and powerful hardware. Not to mention their quirky active cooling system, which is usually associated only with PCs and laptops. Ever since Red Magic 3, the active cooling fan has stuck around and remains one of the centerpiece features. And for a good reason. We found that it does help with sustained performance, which is crucial during long gaming sessions. 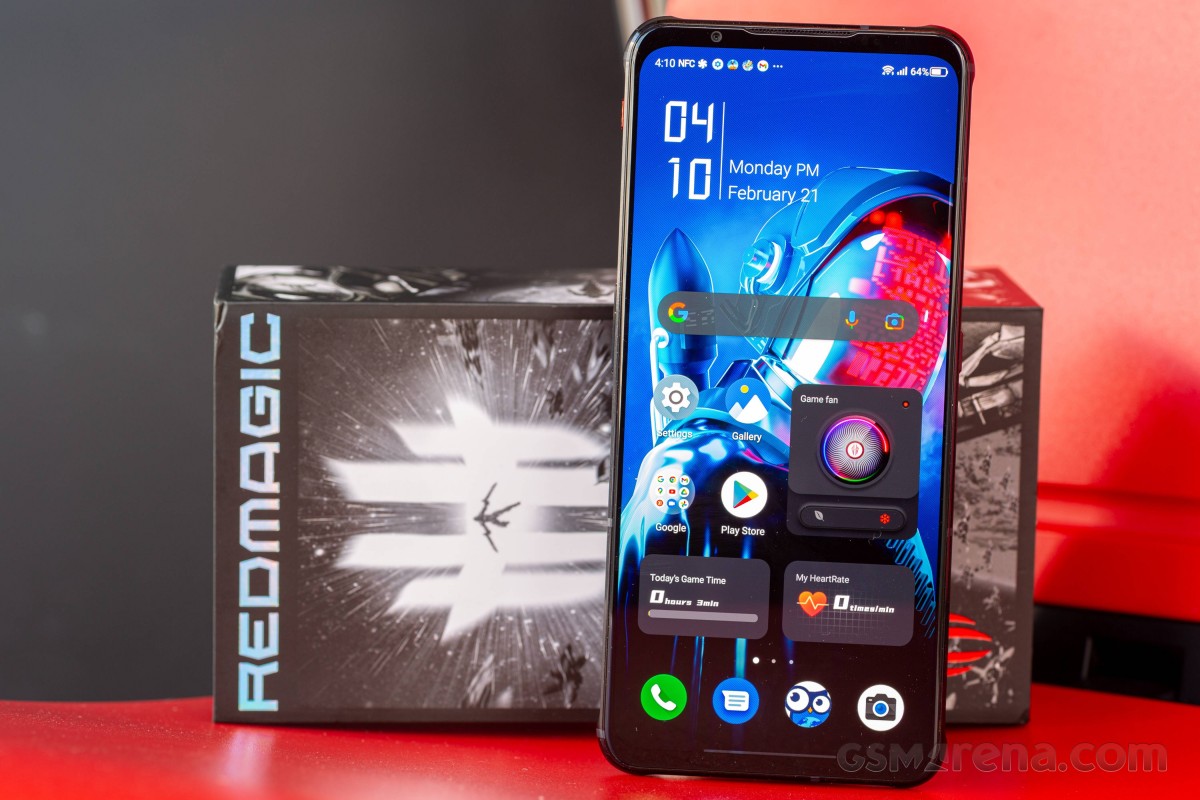 And once more, nubia says it has improved the system's overall airflow by 35% on top of the extra thermal-conductive passive cooling components. After all, the Snapdragon 8 Gen 1 can generate quite a bit of heat.

Speaking of the SoC, this is the main upgrade over the Red Magic 6s. In addition, we now have more memory options to choose from, starting from 8GB/128GB. However, we see the same 165Hz, 6.8-inch AMOLED display used, along with presumably the same stereo speakers and camera setup.

An interesting trade-off to explore in the next couple of pages would be the decrease in overall battery capacity from 5,050 mAh down to 4,500 mAh and the increase in charging speed. Compared to the Red Magic 6s, that is. The new model can now do 65W by default for the global market, while the Chinese option gets the exclusive 120W. The 6s from last year capped at 30W, so it's nice to see the premium feature of the Pro model trickle down to the vanilla variant. 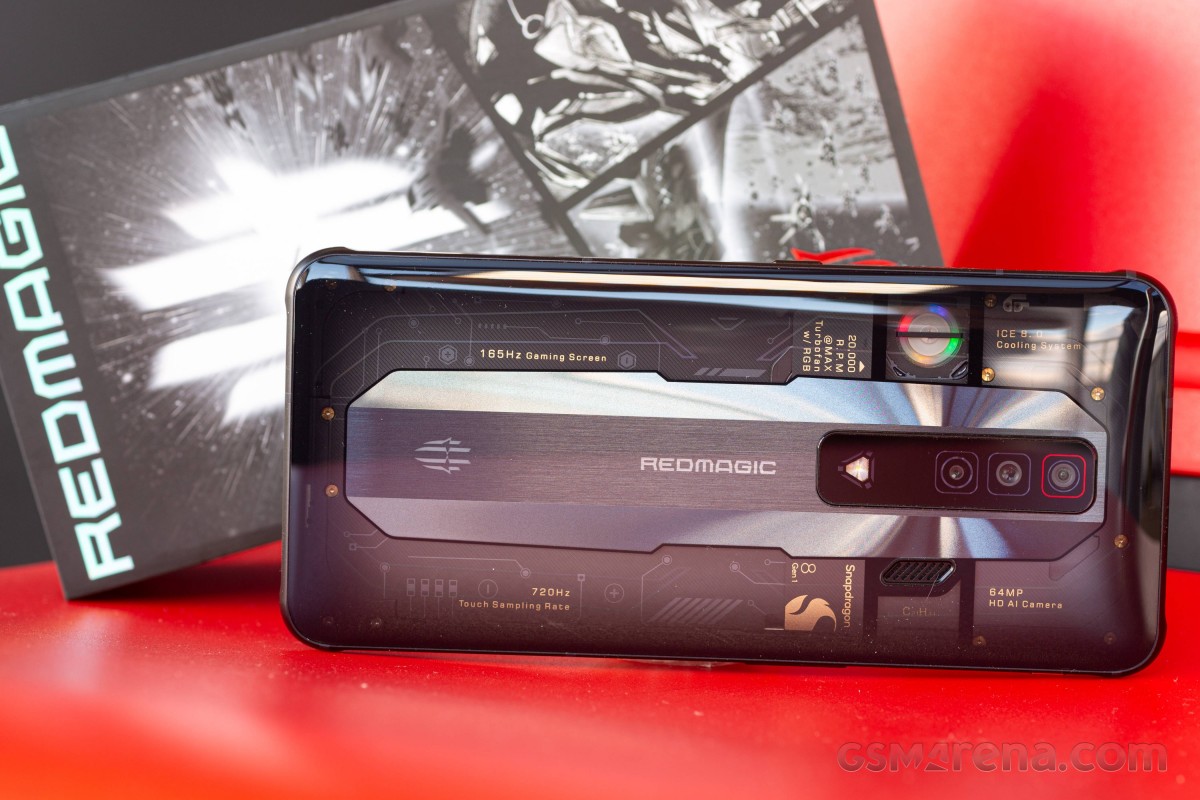 Of course, one of the main focuses of this review would be the new Redmagic 5.0 software based on Android 12 and the gaming-specific features it offers in addition to the pressure-sensitive shoulder triggers. They got an upgrade too, but more on that later.

The handset comes in a cool-looking box that contains the usual user manuals and a Power Delivery-compliant charger, which in return means that the provided cable is USB-C to USB-C. 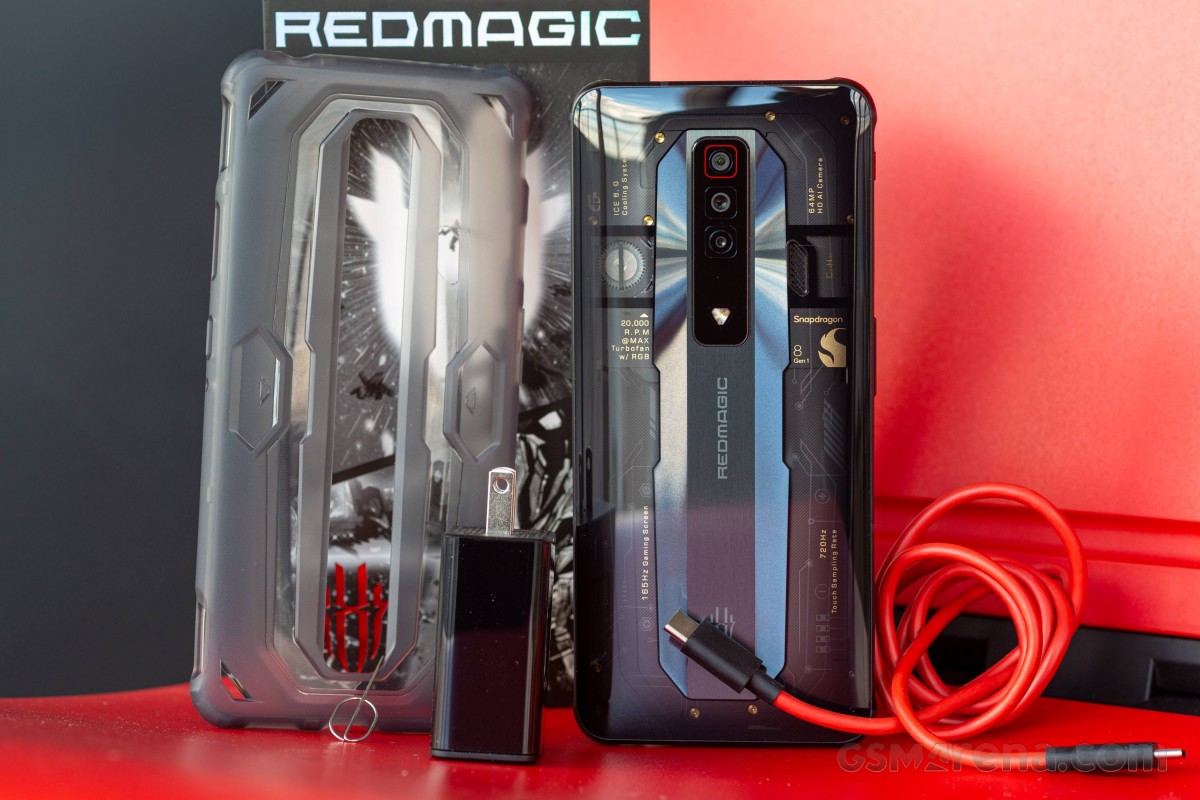 There's also a silicone case thrown in there, which perfectly blends with the overall design and, of course, doesn't obstruct the airflow of the cooling system.

Funny when people keep asking for pubg 90fps. It was the pubg dev's fault who didn't update their game, lol