There's seemingly little to no difference between the 7 Pro and the 7S Pro in terms of design and materials used. They both have solid, sturdy build with aviation-grade aluminum middle frame and a glass front, while the back gets a little bit of both. There's no official info on the screen protection, though, but we would assume it's the same as before - Gorilla Glass 5. Three cameras, along with the LED flash, are arranged in a square formation for the sake of symmetry and are placed inside a square camera bump with rounded corners. There's also a metal piece surrounding the module integrated into a glass panel. Same as before, we have the Obsidian Black and Supernova color options, and the new one is Mercury. The latter two have transparent glass backs, so you can see some of the internals along with the LED-illuminated cooling fan. 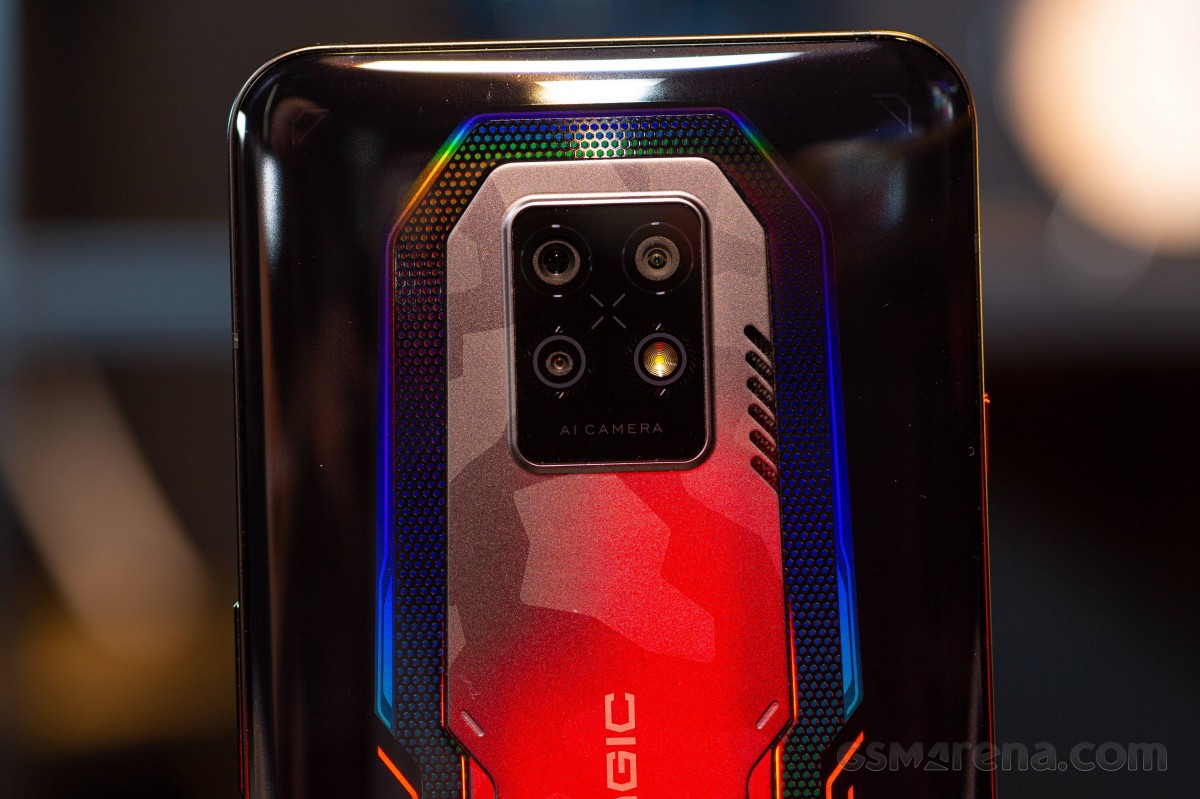 We got the Obsidian option this time around, which means we can't see the internals. There are two LED lighting strips right in the middle of the panel that are supposed to act as notification LEDs for calls, notifications, when charging, etc. They should also work during gaming. 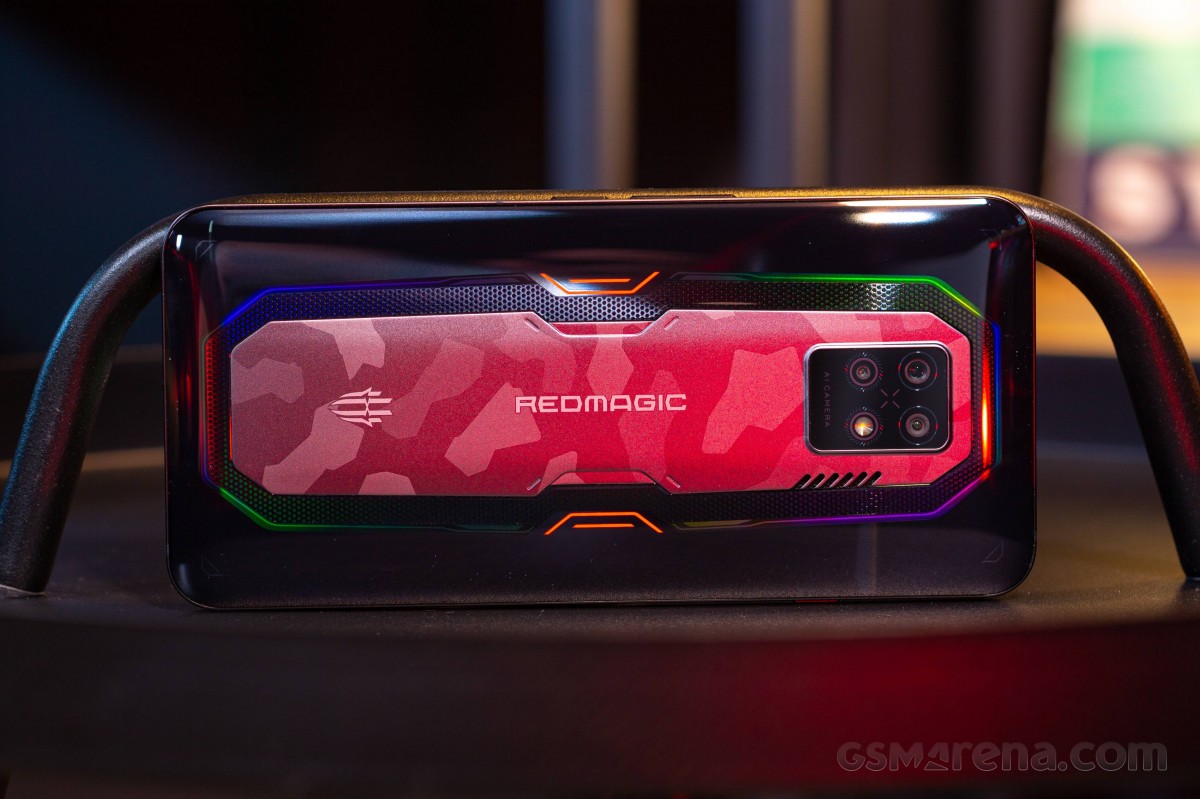 Speaking of, the fan is placed on the left side of the frame where the exhaust vent is. The grille on the back, next to the camera module, is used for air intake.

The side frame is business as usual - the touch-sensitive shoulder triggers are placed on the right side, keeping company to the power button and volume rocker. The bottom is where the SIM card tray resides (no microSD card slot), the bottom-firing speaker grille and the USB-C connector. On the left, we have the physical switch for Red Magic's gaming mode, while the top is home to the 3.5mm audio jack and another grille for the secondary loudspeaker. Perhaps there wasn't enough room for a bigger grille on the top bezel.

And while we generally like thin bezels, the 7S Pro has them a bit too thin to our liking. The handset is a gaming phone, and it should be reviewed as such. When holding the phone horizontally, accidental palm touches could be a frequent issue.

The slightly curvy back is comfortable to hold but still slippery. And it's an unwieldy phone. The screen measures 6.8-inch in diagonal, tips the scale at 235g and the profile measures exactly 10mm. We rarely get to hold such a beefy handset.

If it has same software issues as 5g, wouldnt even recomemd.

I always love reading performance testing of gaming smartphones We do need storage speed Tests added though and game loading times this a much over looked spec that is very important some phones have SSDs now others don't Not all SSD stor...

Software updates remain a worry for me for this phone.